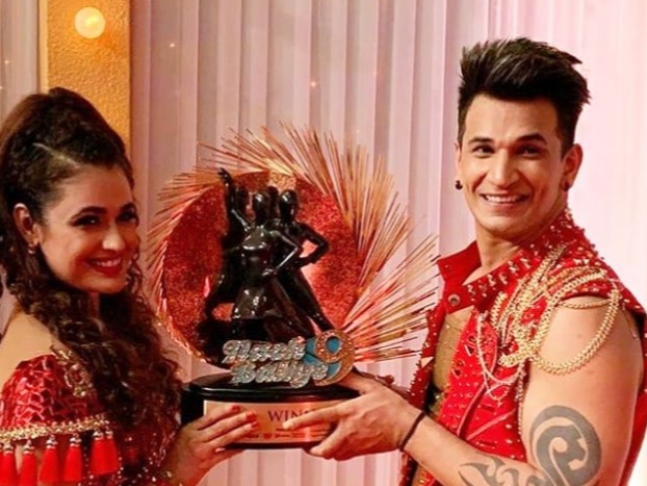 Salman Khan produced dance reality show Nach Baliye 9 has been the talk of the town ever since it was announced earlier this year. Be it the speculations surrounding contestants to the high octane drama during the course of the show, Nach Baliye 9 made headlines every now and then. And now, after months of hard work and unleashing the hidden dancers within them, the contestants are gearing up for the final battle during the grand finale episode. While speculations surrounding who will be declared the winners are rife, couple Prince Narula and Yuvika Choudhary have bagged the coveted trophy. As per viral pictures and sources close to the show, the finale episode will be aired over the weekend but the names of the top five went viral on social media platforms.

As per the buzz, Anita Hassanandani-Rohit Reddy will be the first runner up couple while Vishal Aditya Singh-Madhurima Tuli will end their stint at the third position. Aly Goni and Natasa Stankovic are at the fourth position and Shantanu Maheshwari- Nityaami Shirke will close the show at the fifth position. Well, Nach Baliye 9's win will prove to be Prince's fourth reality show win after Roadies X2, Splitsvilla 8 and Bigg Boss 9.

Recommended Read: ‘It’s quite personal for both of us’, says Prince Narula and Yuvika Chaudhary as they dedicate their performance to former’s late brother

Speaking of Prince and Yuvika, the two met each other inside the Bigg Boss 9 house in 2016. Soon, they sparkled off well with each other. A while into the show, Yuvika got evicted, but soon after Prince stepped out of the house, they kept growing stronger as a couple and went on to do a song together titled Hello Hello. After dating each other for a few years, Prince and Yuvika took the plunge on October 12, 2018, with friends and family in attendance.

Nach Baliye 9 kickstarted its journey with judges Raveena Tandon and Ahmed Khan in July this year with ex-couples and current couple battling it out on the dance floor.