Advertisement
HomeTELEVISION NEWSTELLY BUZZWatch: You can't disrespect someone like that: Gautam Gulati to Shehnaaz Kaur Gill on entering 'Mujhse Shaadi Karoge' as host

Watch: You can't disrespect someone like that: Gautam Gulati to Shehnaaz Kaur Gill on entering 'Mujhse Shaadi Karoge' as host 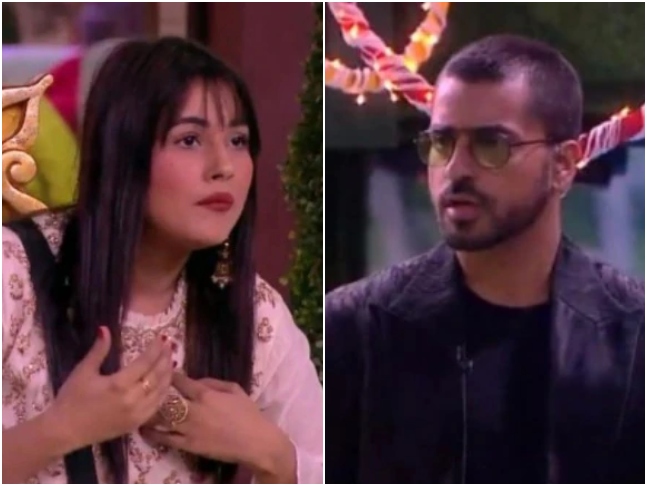 After the controversial Bigg Boss 13 aired its finale, the makers of the show delighted fans by giving birth to a reality program titled Mujhse Shaadi Karoge wherein contestants namely, Shehnaaz Kaur Gill and Paras Chhabra will find their true love. Just like the Salman Khan hosted show, Mujhse Shaadi Karoge where Shehnaaz and Paras are ready their swayamvar has caught the fancy of the audience. With exciting things happening on the show, Indian households come to a standstill in front of their television screens. Now, upping the hype and fun quotient, the makers of Mujhse Shaadi Karoge have roped in Gautam Gulati as the host. Gautam who participated in Bigg Boss 8 will add a unique flavour to each episode.

In a promo released by Colors on Friday, we can see Gautam making an entry dancing to Bachna Ae Haseeno. Shehnaaz, who is a self-confessed Gautam fan, couldn't contain her excitement. Soon, the actor who is starring in Salman's Radhe: Your Most Wanted Bhai, schooled Shehnaaz for not showing interest in any suitor. Moments later, he went on to ask the participants whether they want to leave the show or not. One person raised his hand and said that Punjabi actress makes no efforts to know any of them. Shehnaaz defended herself and said the show belongs to her. On hearing this, Gautam said reprimanded her and told she has been disrespecting all of them.

Well, with Gautam entering the show as the host, it remains interesting to watch what ups and downs Shehnaaz and Paras will have to go through.