Advertisement
HomeTELEVISION NEWSTELLY BUZZ90s kids rejoice! 'Shaktimaan' sequel in the works, Mukesh Khanna confirms it will be 'contemporary but rooted in our values'

90s kids rejoice! 'Shaktimaan' sequel in the works, Mukesh Khanna confirms it will be 'contemporary but rooted in our values' 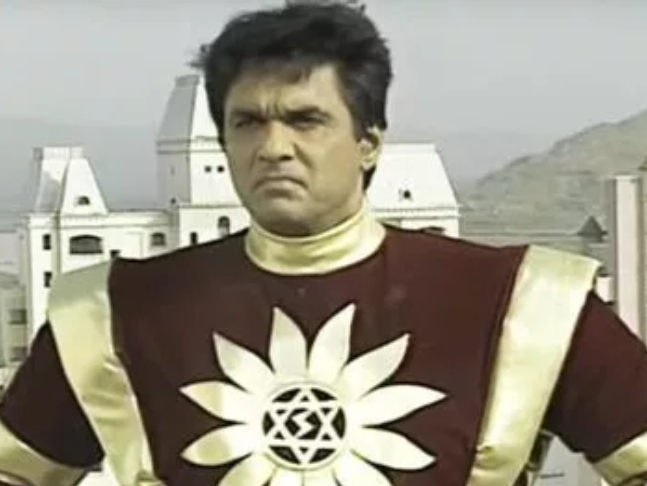 After Doordarshan announced on Friday that its popular eighties epic Ramayana would be aired from Saturday, the audience started demanding for other popular old television shows of that era be re-telecast. Taking note of such public demand, the government re-telecast body has decided to telecast Mahabharata, Byomkesh Bakshi and the Shah Rukh Khan-starrer Circus. Meanwhile, fans have also demanded re-runs of Milind Soman-starrer Captain Vyom, Mukesh Khanna's Shaktimaan, Malgudi Days, Hum Log, Alif Laila and Fauji.

Now adding to the excitement, Mukesh Khanna, who played Shaktimaan and also co-created the show, has confirmed that the show's sequel is in the works. A report in a portal quoted him as saying, “For the last three years, we have been working towards bringing out the second edition of Shaktimaan, which is contemporary but rooted in our values. We were working on the sequel because people wanted to know, aage kya hua."

Well, we certainly cannot wait for the OG superhero to return to our silver screens!

Apart from that, Mukesh said in a video message that Shaktimaan too will be re-telecasted. "I'd like to add something to this happy news for my 'Shaktimaan' fans, that 'Shaktimaan' is also going to come very soon," he said in the clip.

130 crore Indians will together get the opportunity to watch Shaktiman on DD once again. Wait for the announcement. pic.twitter.com/MfhtvUZf5y

Looks like every 90s kid will have a collective meltdown soon.