Advertisement
HomeTELEVISION NEWSTELLY BUZZWatch: Arun Govil aka Lord Rama from ‘Ramayan’ is irked with his fake profiles on Twitter, requests impersonator profiles to be taken down

Watch: Arun Govil aka Lord Rama from ‘Ramayan’ is irked with his fake profiles on Twitter, requests impersonator profiles to be taken down 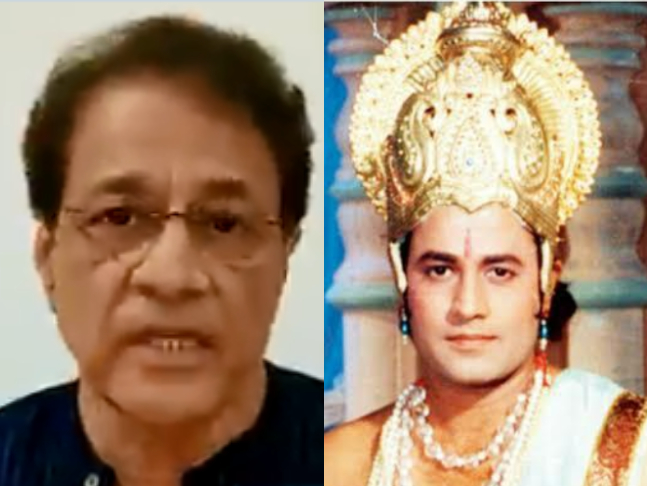 Arun Govil, the actor who played Lord Rama in Ramanand Sagar’s epic iconic serial Ramayan has made an earnest request to his impersonator on Twitter to take down the fake profile. Ever since the epic television series started airing on Doordarshan once again amid the Coronavirus lockdown, Govil has once again become a topic of discussion and taking advantage of his renewed popularity several fake profiles have sprung up on Twitter. It is troublesome to decipher the original from the fake as Govil’s account is not yet verified.

However, the actor has shared a video on his Twitter account, urging fans to support him. In the video, he says, “Namaskar, I am Arun Govil. I hope you all are watching Ramayan and enjoying it, like always. I want to talk about something important. Some gentleman has made a Twitter account with the name @RealArunGovil, which is not real. My real account is @arungovil12. I request you all to stop this impersonator. I am sure that you will give me your full support.”

The fake account was brought to Govil’s notice when Prime Minister Narendra Modi retweeted one of its tweets on Sunday. The actor expressed his thanks to the PM and replied, “Thank you very much Sir! My genuine twitter handle is @arungovil12 #ArunGovil.” 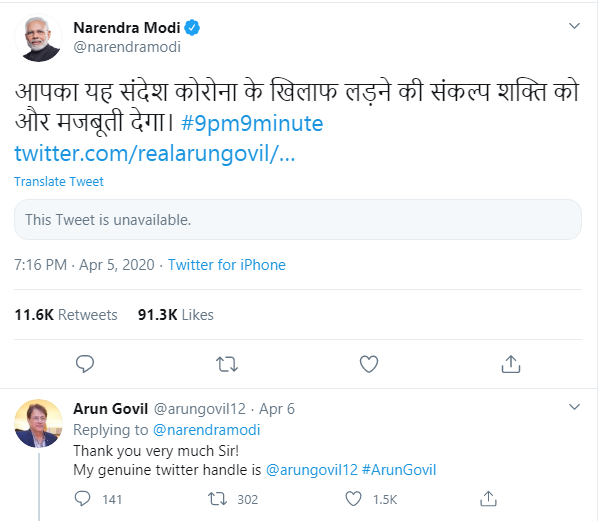 There are several fake profiles on Twitter as well as fan accounts of Govil. However, his official account is @ArunGovil12 so next time you see a tweet from another profile, be warned that it is not the real one. We're sure Twitter will provide a verified badge to Govil which will be beneficial for him as well as his countless fans.