Ramanand Sagar’s TV serial Ramayan once again has captured the imagination of the Indian public after its re-run started amid the Coronavirus lockdown on popular demand. Today, the culmination of the battle between Lord Rama and the demon Ravana was telecast and it once again made people watch with wonder. In today’s episode, Lord Rama won over Ravana and killed him and since morning various hashtags related to the epic has been trending on social media.

Among the various tweets, lesser-known facts and memes that have come up on social media related to Ramayan, a rare picture of Arun Govil who played Lord Rama and Arvind Trivedi who essayed the role of Ravana has become viral. The picture is probably before the ‘Ravana Vadh’ sequence and we get to see both the actors holding their hands in a sign of bonhomie and camaraderie with a smile on their faces. 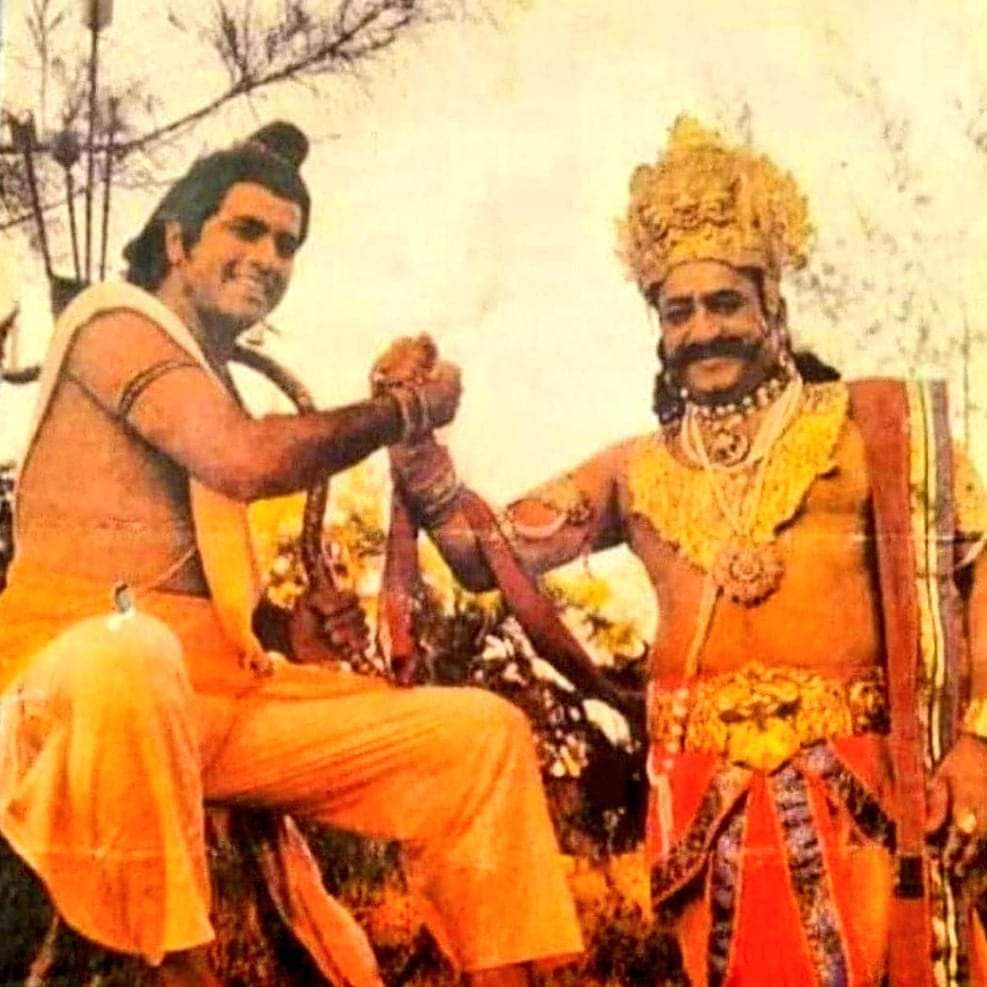 Recently, Arun Govil, Dipika Chikhalia (who played Sita) and Sunil Lahri (who played Laxman) in the iconic serial had appeared on The Kapil Sharma Show. Govil on the show revealed that he is great friends with Arvind Trivedi who is a very good human being in real life.  Trivedi’s portrayal of Ravana was such that people had started fearing and hating him when the serial actually ran in the late 80s.

Ramanand Sagar’s Ramayan will give way to Uttar Ramayan that will take the story further and is based on the life of Rama, Sita and their sons Luv and Kush. It will also air on DD National at 9am and 9 pm every day. Uttar Ramayan was also made by Ramanand Sagar.