Advertisement
HomeTELEVISION NEWSTELLY BUZZIn a ‘Game of Thrones’ like goof-up, ‘Mahabharat’ fans spot a cooler behind Mukesh Khanna’s Bhishma Pitamah, albeit the truth is a tad different

In a ‘Game of Thrones’ like goof-up, ‘Mahabharat’ fans spot a cooler behind Mukesh Khanna’s Bhishma Pitamah, albeit the truth is a tad different 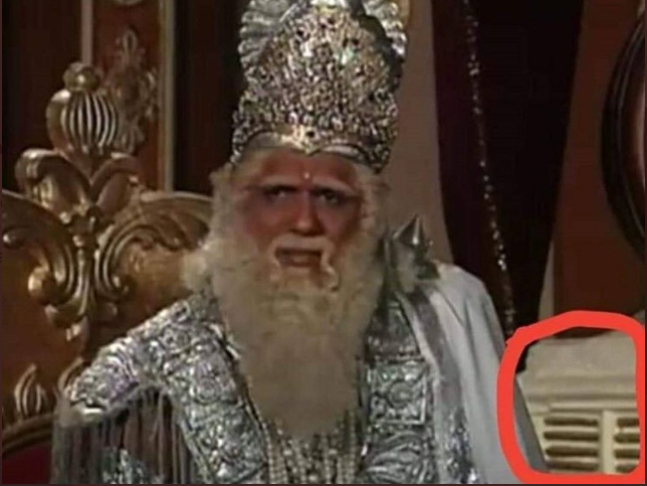 Mahabharat and Ramayan have started their re-runs on television and have once again captured the imagination of the Indian audiences, so much so that after every episode something or the other related to the serials trend on social media. However, this time around a few eagle-eyed viewers has found an epic-level goof-up on the sets of Mahabharat that can be compared to the Starbucks cup found on Game of Thrones sets. A few fans could not believe their eyes when they spotted a 20th-century desert cooler in the Dwapar Yug in which Mahabharat occurred. However, there was more to it than what meets the eye.

A scene from the beloved epic series shows Mukesh Khanna’s Bhishma Pitamah sitting next to what looks like an air cooler and Twitter had a field day coming up with hilarious tweets regarding the ‘goof-up’. Fans could not help but crack jokes and even wrote that ‘Bhishma did it way before GOT. Check out some hilarious tweets below:

Its so hot that even Bhishma Pitamahah is feeling the heat. What better than an air cooler behind his throne LOL.. #MahabharatOnDDBharti @DDNational @RetroDD pic.twitter.com/cIMEyuf6CX

Bhishma Pitamaha using cooler is a proof that #Mahabharata was way ahead of its time. pic.twitter.com/cNky1qgDTE

Starbucks cup in GOT is nothing as compared to the cooler for Bhisma Pitamaha in #Mahabharat pic.twitter.com/2uJUNItnzK

However, looks like this time around the Twitterati jumped to conclusions a little too early as the apparent cooler turned out to be the designs on a pillar. Quashing rumours and providing proofs afew netizens clarified that what looked like the vents of a cooler was actually designs on a pillar behind Mukesh Khanna. Multiple pictures from the scene were shared ensuring that Indian makers are indeed way better than maintaining continuity and research and modern day items were not present on the sets. Check out the tweets below. 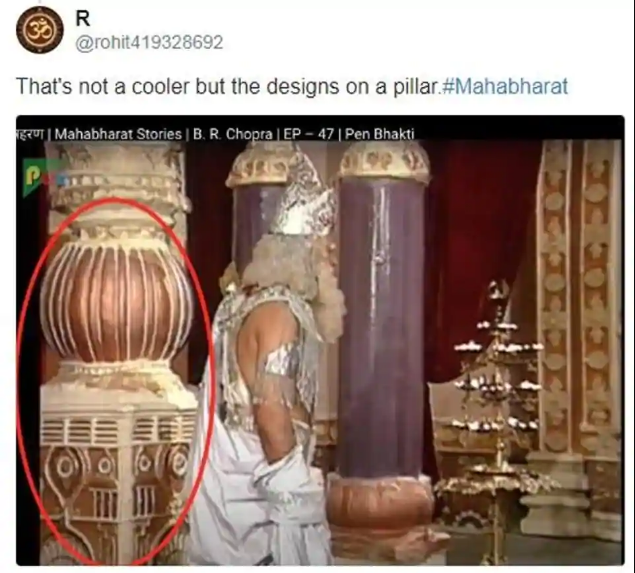 Its a pillar not cooler

Mahabharat is being aired once again during Coronavirus Lockdown on DD Bharti.