Ever since Doordarshan confirmed the re-run of the iconic Mahabharat, the show has been the talk of the town. Starring Arun Govil as Lord Ram, Dipika Chikhlia as Sita, Sunil Lahri as Lakshman, Dara Singh as Hanuman and Arvind Trivedi as Ravan, the mythological show has broken all past records with the re-telecast. As Ramayan got its second re-run on Star Plus after Doordarshan, the popularity doesn't seem to fade away. However, as an avid audience is watching the show diligently, Karanvir Bohra was quick to notice a major blunder in one of its fight sequences.

Karanvir, on his Instagram, shared the clip wherein the error is spotted. In the war sequence shown, an extra standing in the background seems to be busy fighting with an invisible opponent while brandishing his sword in the air. Well, from the video shared, it is definitely evident that the side actor was indeed dancing instead of shielding himself against the sword. Karanvir, adding a dash of quirk, blended the video with Chogada Tara song in the backdrop. Comparing it with Game Of Thrones' war scene, Karanvir wrote, "I had to post this  and we used to think, what an epic war they created, just like"

I had to post this and we used to think, what an epic war they created, just like @gameofthrones 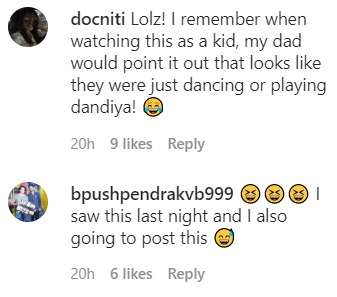 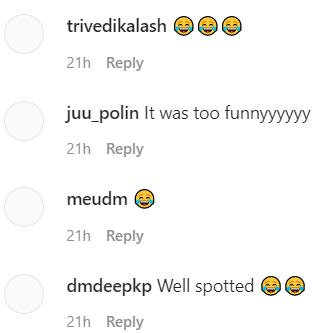 Directed by Ramanand Sagar, Ramayan registered the highest-ever rating for a Hindi General Entertainment Channel (GEC) program since 2015. The re-run of the epic mythological show concluded on April 18 on DD National and days later, Star Plus started airing it again from May 4.