Advertisement
HomeTELEVISION NEWSTELLY BUZZAll the arrangements are in place, we should hopefully begin on or before June 15: Kamya Panjabi on resuming Shakti: Astitva Ke Ehsaas Ki shoot

All the arrangements are in place, we should hopefully begin on or before June 15: Kamya Panjabi on resuming Shakti: Astitva Ke Ehsaas Ki shoot 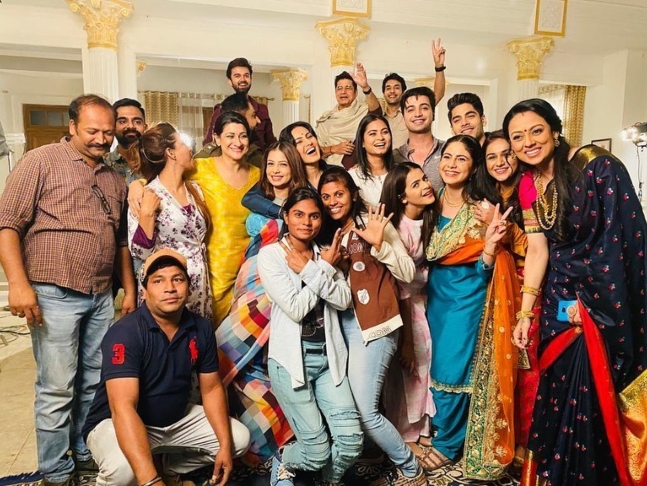 After nearly three months of lockdown, the film and television industry is gearing up to reopen on June 15. Among the first daily soaps to resume shooting is Kamya Panjabi's Shakti: Astitva Ke Ehsaas Ki. The actress who is seen as Preeto in the Colors TV show returned to Mumbai from Delhi with her daughter Aara after staying with her husband Shalabh Dang's family during the shutdown period. Talking about getting back to sets, Kamya, during an interview told that the producers are planning to begin on or before June 15. She further added that all arrangements are in place. She revealed that the technical team is quarantined beforehand so that they, as well as the rest of the crew members, are safe.

"All the arrangements are in place. We should hopefully begin on or before June 15. The unit will be residing in the studio and a cook will be hired to make healthy food for everyone. There will be constant check-ups and a nearby hotel has been booked for the actors who do not wish to travel. The technicians have been quarantined before the shooting, so that they and everyone else on the set are perfectly safe. I think we will be able to successfully pull off this new normal as far as shooting is concerned," Kamya told.

Recommended Read: Kamya Panjabi shares a romantic picture with husband Shalabh Dang as they complete one month of marital bliss

According to the rules laid down by the Maharashtra Government, only 33% of the crew can be present on set at a time. Along with this, the presence of child actors below the age of 10 and senior citizens above 65 will not be permitted. The shoots will have to take place with ambulance and doctors in attendance on sets throughout.