Advertisement
HomeTELEVISION NEWSTELLY BUZZMalaika Arora's India's Best Dancer to resume shoot on July 13 with no live audience, zero-contact teams and insurance for all

Malaika Arora's India's Best Dancer to resume shoot on July 13 with no live audience, zero-contact teams and insurance for all

Three months after the lockdown due to the Coronavirus outbreak, the television industry in Maharashtra resumed shooting. After Ekta Kapoor's Naagin 4, Kasautii Zindagii Kay 2 and Kundali Bhagya, Rajan Shahi's Yeh Rishta Kya Kehlata Hai, Kamya Panjabi's Shakti-Astitva Ek Ehsaas and several others, Malaika Arora's reality show India's Best Dancer is all set to resume shoot on July 13. The producer of the dance-themed reality show- Ranjeet Thakur spoke to a leading daily regarding the changes introduced amid Coronavirus pandemic. India's Best Dancer is judged by Geeta Kapur and Terence Lewis along with Malaika. Bharti Singh and Haarsh Limbachiyaa are the hosts.

Ranjeet informed the daily that there will be no audience present in the studio during the shoot. Saying that the equation between the judges and contestants will be better as the former will be the only viewers, he added that instead of 500 crew members, there will be only 160-180 people. He said they will be divided into zones as a measure to avoid direct physical contact. There will be separate teams for technical, the stage and the contestant area. 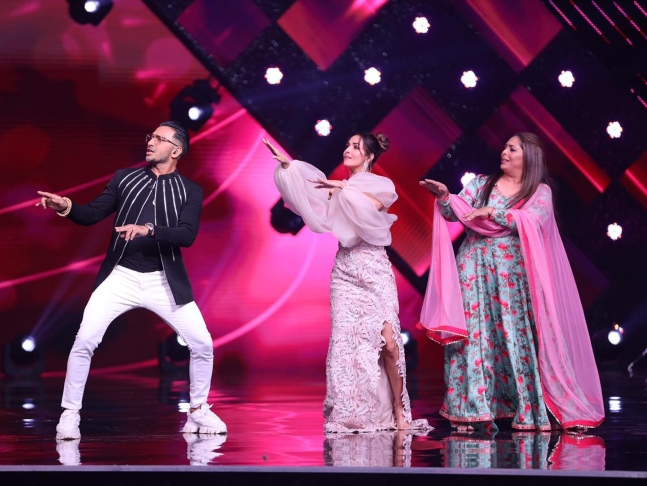 Recommended Read: 'Bhabiji Ghar Par Hai!' shoot resumes; Shubhangi Atre aka Angoori Bhabhi does her own makeup and wears costume to the set

In addition to this, Ranjeet told that for the first four weeks, there won't be any stunt-based performances that require large props and manpower. He said, "We will introduce them once we develop a work culture with new SOPs. Till then, it’s going to be pure dancing."

Speaking of managing contestants' performances, Ranjeet said only six of them will be allowed into the area at a time. After their acts are done, they will be shifted to a different area allowing another batch of six to take over. However, parents won't be allowed on the sets and interactions will be with the help of video or voice calls. Regular sanitation, gloves, masks and face shields are compulsory. Ranjeet assured that everyone in the team is insured and the rehearsals will start by July 1. "Everyone on the floor will be insured, including contestants, crew, judges and the hosts. A few choreographers, who have chosen to stay back to take care of their families, will be replaced. Everyone is concerned, so we will finish work as soon as possible. There will be no wastage of time and a lot of multitasking," he said.