Advertisement
HomeTELEVISION NEWSTELLY BUZZWatch: Paras Chhabra's and Mahira Sharma's chemistry in 'Ring' will remind you of their 'Bigg Boss 13' bond

Watch: Paras Chhabra's and Mahira Sharma's chemistry in 'Ring' will remind you of their 'Bigg Boss 13' bond 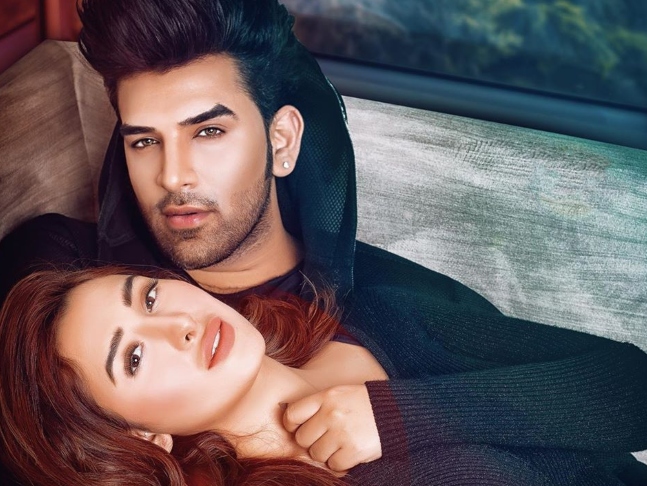 Paras Chhabra and Mahira Sharma reunited for yet another music video titled Ring. Directed by Sumit Sharma, Ring was released on social media platforms today(August 10). The song is sung by Raman Goyal and the Director of Photography is Rahul Arora. Aakash and Meme Machine have composed the track while Loka is the rapper. The lyrics are written by Ammy Manak.

Reminding their fans of their bonding inside Bigg Boss 13 house, Ring starts with Mahira and Paras recreating their popular fight which is followed by their reconciliation. Their nok-jhok is the only highlight of the song. Usage of terms like Aabra Ka Daabra and Masle will resonate with their fans.

Recommended Read: Bigg Boss 13's Mahira Sharma gets inked and it has a Paras Chhabra connection!

Talking about Ring, Paras told a statement, "In love with the song and the vibe. Working with Mahira is always special. Our off screen chemistry translates very well on screen. I hope audience give it much love and appreciation." Mahira said, "Working with Paras is always fun. This song is special to me. Musically and lyrically so rich and beautiful. We hope we made your Monday morning with Ring."

Ring marks Mahira's and Paras' third collaboration since Bigg Boss 13 ended. Their first music video was titled Baarish. The song sung by Sonu Kakkar and Nikhil D'Souza was released in the month of March. It featured Mahira and Paras as star crossed lovers who are separated soon after their marital vows. Their second video was Hashtag Love Soniyea which was shot by them at their respective homes amid lockdown.