Contrary to rumours, Parth Samthaan and Erica Fernandes' Kasautii Zindagii Kay 2 NOT to go off air!

Rumours are doing the rounds that Ekta Kapoor's popular show Kasautii Zindagii Kay 2 is going off air in the month of November this year. An entertainment portal's report had it that the makers of the show aren't happy with the numbers it has been garnering. It is also stated that post Parth Samthaan's decision of quitting Kasautii Zindagii Kay 2, the channel and producers are certainly planning to pull down the curtains.

While the rumour has let fans disappointed, PeepingMoon.com is here to clear the air. According to our sources, the makers of Kasautii Zindagii Kay 2 aren't planning to pull the plug on the daily soap as of now. Currently, the team is working to finalise Parth's replacement. 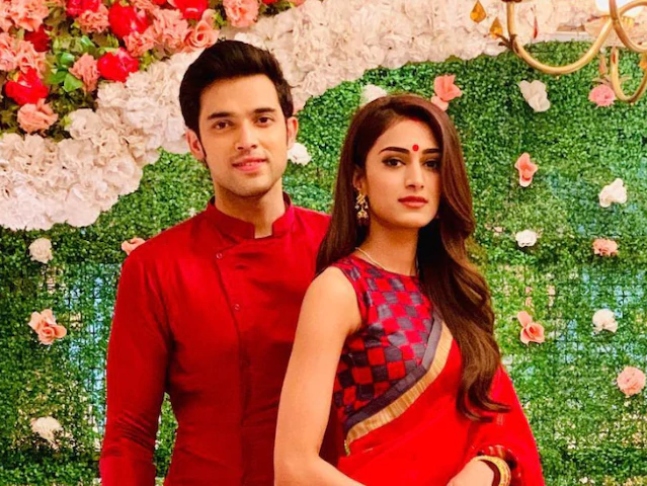 PeepingMoon, in an exclusive piece dated August 17, 2020, informed its readers that actors like Barun Sobti, Pearl V Puri, Harshad Chopda, Vivek Dahiya, Vishal Aditya Singh, Aashim Gulati and Zain Imam are being considered for the role of Anurag in the show. Rumours also had it that Erica Fernandes, who plays the role of Prerna in Kasautii Zindagii Kay 2, has also quit the show along with Parth, but PeepingMoon sources declared it to just be speculation.

Glad that they think we are dating, people saw us as Shahrukh and Kajo

Ankita Lokhande 'super excited' about her wedding with Vicky Jain, reveals it is 'going to be soon'