The BARC TRP ratings for week 34 of 2020 have been finally released. The week has seen quite a few changes in the rankings of your favourite TV shows. This week, we have a shocking change in the list. Naagin 5, that started off on a great note but slipped to the number 5 position last week, is nowhere to be seen in the top 5 list now.

Zee TV’s Kundali Bhagya has maintained its top position. The show featuring Shraddha Arya and Dheeraj Dhoopar has managed to keep the viewers hooked on to their TV sets with its drama-packed episodes. Star Plus’ Anupamaa has retained its number two spot in the current week. The newly launched show stars Rupali Ganguly and Sudhanshu Pandey in lead roles. 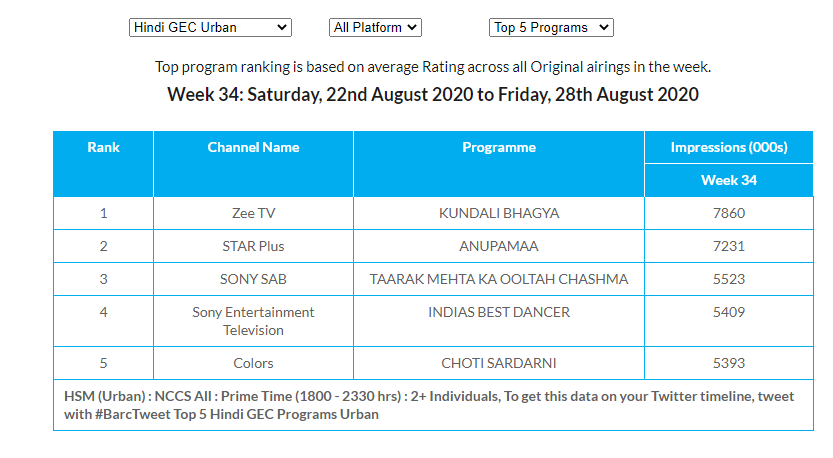 Sab TV's Taarak Mehta Ka Ooltah Chashmah has come to the number three spot in the current week. Sony TV's India's Best Dancer has maintained its position of number 4. Choti Sardarni has made its way back to the list and replaced Naagin 5 by taking the 5th position.

From 'yours' and 'mine' to 'ours': Ghum Hai Kisikey Pyaar Mein co-sta