Advertisement
HomeTELEVISION NEWSTELLY BUZZShehnaaz Gill on shedding 12 kgs after being made fun of in ‘Bigg Boss 13’: Thought let me show people that I can be slim too

Shehnaaz Gill on shedding 12 kgs after being made fun of in ‘Bigg Boss 13’: Thought let me show people that I can be slim too

Punjabi actor and singer Shehnaaz Gill who became a household name after participating in Bigg Boss 13 has made the most of the coronavirus induced lockdown. While everyone was busy baking banana breads, the actress went on to lose oodles of weight during the lockdown. She said that she was determined to lose weight because some people mocked her for her weight in Bigg Boss 12 and she wanted to slam the naysayers by proving that she can look svelte hot as well.

Shehnaaz said that she weighed 67 kgs in March and is currently 55 kgs. In an interview with a leading daily, she spoke about losing 12 kgs in six months and said that she simply reduced the portions of her meals. She said, “A large amount of work has come to a standstill all around, so I thought why not just go for weight loss? Kuch logon ne mere weight ka mazak udaya tha Bigg Boss 13 mein. Kai log weight lose karte hain, maine socha chalo logon ko dikhati hoon ki main bhi patli ho sakti hoon (Some people made fun of my weight in Bigg Boss 13. Many people lose weight, I thought let me show people that I can be slim too). It’s not difficult to lose weight if you really want to.” 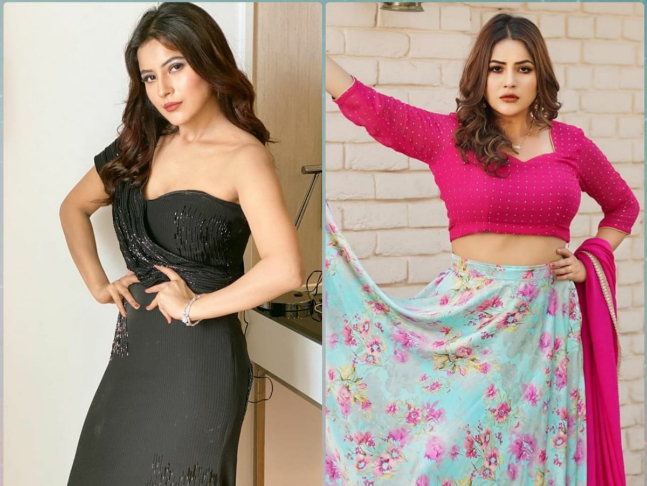 RECOMMENDED READ: Watch: Sidharth Shukla blushes when asked about Shehnaaz Gill, promises to work with her when she has time

She further added, “Trust me, I went in for a simple reduction in my eating habits. You can say that I cut off on my non-vegetarian food, chocolates and ice cream and nothing else. But besides that, let me explain how I ate because therein lies the catch. Every day, I ate just one or two things. I wouldn’t stuff too much variety in my daily consumption of food. For example, if I ate dal and moong for lunch, I would eat the same for dinner. And I reduced the portions. If I was hungry for two rotis, I ate only one. Mann maarke khati thi (I would suppress my feeling of hunger and eat). And it started working.”

Shehnaaz earned a lot of popularity after participating in Bigg Boss 13. Her chemistry with winner Sidharth Shukla was well liked by the audience and they still boast a pretty impressive fan following. Sidharth won the show while Shehnaaz was the second runner-up in the show.