Why didn't he leave Mahabharat when Arjun dressed as a woman?: Gajendra Chauhan slams Mukesh Khanna for calling The Kapil Sharma Show 'cheap' 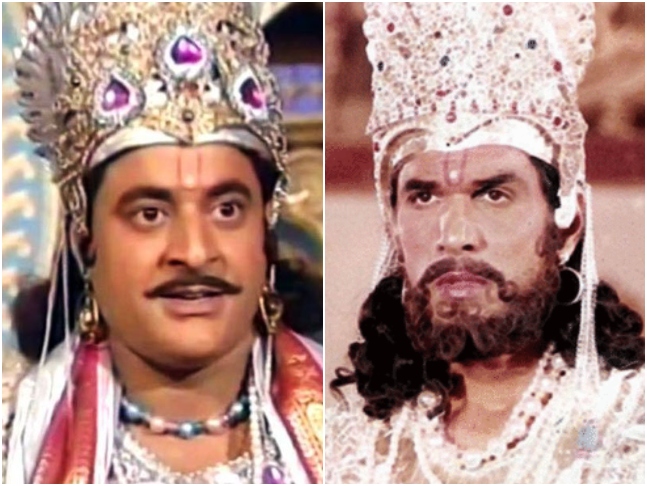 On September 27, the cast of the iconic show Mahabharat was seen on the popular bi-weekly show The Kapil Sharma Show. An episode filled with nostalgia and laughter saw Nitish Bharadwaj, Gufi Paintal, Gajendra Chauhan, Arjun and Puneet Issar tell tales with enthusiasm. However, Mukesh Khanna, who played the role of Bhishma Pitamah in Mahabharat, remained absent and this did bother fans of the show. Mukesh, weeks later, spoke about his absence and mentioned that he stayed away because he finds The Kapil Sharma Show vulgar and cheap. Mukesh, on Instagram, wrote a note and slammed The Kapil Sharma Show for making men cross-dress and also said that comedy is of low quality. The actor further took a jibe at Archana Puran Singh who is the guest judge on the show and said she fakes laughter to earn money.

"This question has gone viral why Bheeshma Pitamah wasn’t a part of the Mahabharat show. Some say I wasn’t invited. Some say I refused myself. It is true that Mahabharata is incomplete without Bhishma. It is true that there is no question of not inviting. It is also true that I was the one to reject the invitation. This is also the truth that people would ask me why would I reject a popular show like Kapil Sharma. The biggest actors go there. They might go but Mukesh Khanna will not go! Gufi asked me the same question that those people are going to invite us after Ramayan's cast. I said, all of you go, I will not go. I was the one to refuse. The reason is that even though the Kapil Show is popular all over the country, I don’t think there is a worse show than this. This show is full of double meaning words, taking a turn towards vulgarity with every moment. In which the men wear women’s clothes, do cheap things and people laugh, holding their stomachs. They place someone on the throne in the center. Their job is to laugh, even if the laughter is not real. They get money for it. Before this, Siddhu used to sit for this work. Now Archana does it. And what is their job? Just to laugh," Mukesh wrote.

Recommended Read: The Kapil Sharma Show to enter into Mahabharat era this weekend with Nitish Bharadwaj, Puneet Issar and others

In response to this, Gajendra Chauhan hit back at Mukesh during an interview with a leading daily. The actor said he strongly condemns Mukesh's behaviour. Gajendra further asked if he had problem with men cross-dressing as women, he should have quit Mahabharat when one of the characters-Arjun danced in a scene and dressed like a girl. "I think Mukeshji now finds grapes sour because he did not get to eat the grapes. This show has been number one, crores of people watch it and he calls it wahiyat (bad quality). He even said that in the show men dress in women’s clothes. He forgot that even in the Mahabharata, Arjun had dressed up as a girl and danced in a scene, should he have left the show too? Why did Mukeshji not leave Mahabharata at that time? I strongly condemn this behaviour of Mukeshji," he said.