Advertisement
HomeTELEVISION NEWSTELLY BUZZJust wait for some time, we will tell everyone whatever it is: Gauahar Khan's beau Zaid Darbar talks about their wedding this year

Gauahar Khan and rumoured boyfriend Zaid Darbar broke the internet with beautiful photos and videos together back in August. However, with Gauahar inside the Bigg Boss 14 house right now, Zaid cannot help but miss her. "Want to hear her voice, personally," he says. Talking to a leading daily, the social media star spoke about his relationship with Gauahar, wedding plans and how he introduced her to his father - music composer Ismail Darbar.

About introducing her to his father, Zaid said, "I got a call from my dad what is happening. My father and I share a different relationship. It has a lot of respect typical old school. Till today I don't have that courage to introduce someone to him as my girlfriend. When I introduced Gauahar to him I just told him 'dad she is Gauahar', he told me of course I know her. That respect I have for him and I feel it should be there and it will be there for my entire life." Recommended Read: If they get married, I will give my aashirwad: Music composer Ismail Darbar confirms son Zaid's relationship with Gauahar Khan

On being away from her, he said, "I am missing her and it's been long I haven't heard her voice personally. I am waiting for her."

When asked how they met, he said, "We met in 2020. We have known each other as we are from the same industry. She was at Shiamak Davar and did Zangoora also. I was an instructor at Shiamak's. We never spoke there but I had seen her. Then I also saw her at TikTok office." 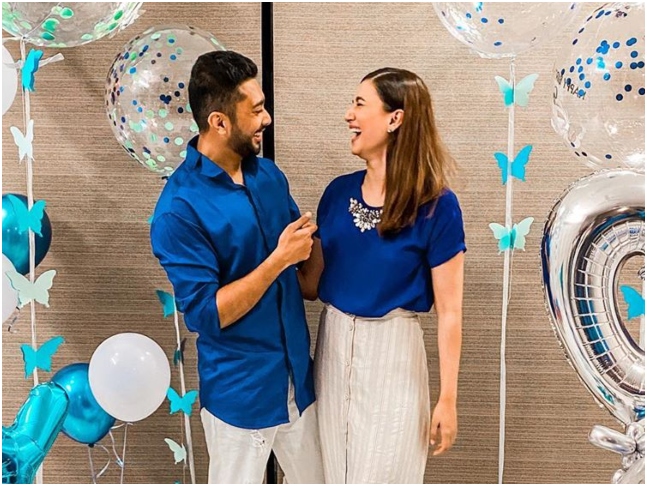 On their wedding reports, he said, "Whose wedding? (laughs). We are just family friends, if there is anything we won't hide, it will come out. Just wait for some time, we will tell everyone whatever it is. Yes, but I've heard most probably she is getting married this year. I've heard that too (laughs) again." It will happen in three to four months: Rahul Vaidya on marrying girlf