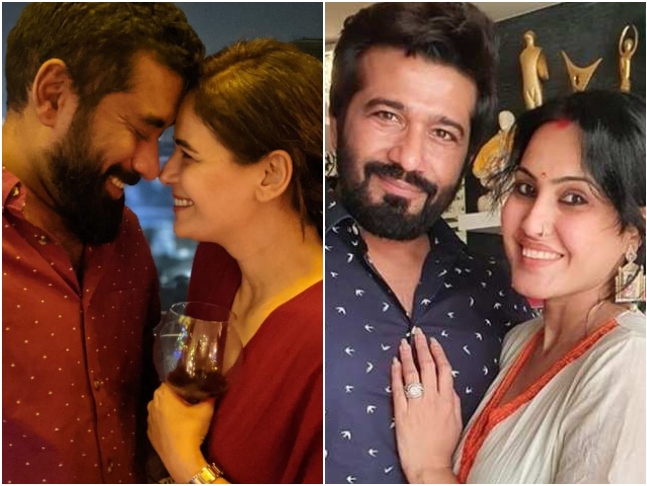 The Indian television industry is indeed one of the most popular ones in the world. Be it personal life or professional commitments, celebrities make sure that their fans are a part of the journey to support them. As the new week begins, here's what our beloved TV actors are up to:

Mona Singh married Shyam Gopalan in a Sikh ceremony on December 27, 2019. The hush-hush ceremony was attended by family members and close friends. Mona and Shyam completed a year together last year. Now, as Mona made an appearance on The Kapil Sharma Show for Jassi Jaissi Koi Nahin special, she made a fun revelation.

Mona told Kapil Sharma, the host, about the way Shyam proposed to her. The actress recalled the moment and said, "Itna bekaar proposal tha, main kya bataun! Maine kya socha tha aur kya hua. I was like, ‘What is this? This is not a proposal."

She further revealed that Shyam told her to join him for shopping as he wanted to buy a kurta. After picking her up, he stopped the car at the turning of a road and suddenly asked, "Will you marry me?" She quipped that out of nervousness, Shyam slipped the ring on her finger without waiting for her answer.

Kamya Panjabi married Shalabh Dang on February 10, 2020, at a Gurudwara in Mumbai. As the couple will be celebrating their 1st wedding anniversary in a few days, they recalled the day they met for the first time. Kamya, on Sunday, shared a video on Instagram to recall the day she spoke to Shalabh for the first time. Shalabh, who resides in Delhi, came to Mumbai with a surprise for Kamya.

Abso Deallson, a vocalist, was heard singing the song Jab Koi Baat Bigad Jaye as Shalabh lip-synced it for Kamya. The actress was behind the camera. sharing the video, Kamya wrote, "Surprise visit by husband to celebrate this special day of our lives. Thank you for being you @iamshalabhdang i love you so much #2YearsOfUs,"

Erica Fernandes says her ultimate goal isn't reaching the big screen, but to be a part of great shows

Erica Fernandes, who became a household name with Kuch Rang Pyar Ke Aise Bhi and Kasautii Zindagii Kay 2, enjoys a massive fan following. The actress, with just two shows, has made a mark for herself in the industry. Now, as she is yet to sign a new project after Kasautii Zindagii Kay 2 ended last year, fans are hoping to see her on the big screen.

Talking about her plans to sign a Bollywood film, Erica told a leading daily that her ultimate goal isn't reaching the big screen. She added that content is important and she wants to be a part of good shows, be it on the big screen or small. "I would not say that my ultimate goal is reaching the big screen, but I would say that for me, content matters. I want to be a part of shows that have good content, be it on the small or the big screen. I need something that will challenge me as an actor and I want to do different kinds of roles and have the satisfaction of knowing that I have done something new in every project," Erica told.