Advertisement
HomeTELEVISION NEWSTELLY BUZZKiku Sharda dismisses rumours of a fallout with Krushna Abhishek over Govinda joke, says 'Why would I poke him about something he is uncomfortable about?'

Krushna Abhishek shares a sour relationship with uncle Govinda. Their feud is no new thing. Fans are expecting to see them happily reunited. Now, in a recent episode of The Kapil Sharma Show, actor Kiku Sharda cracked a joke on Krushna and Govinda's relationship. In an episode when Varun Dhawan and Sara Ali Khan were promoting Coolie No.1, Krushna said, "Chhee Chee aise baat nahi karte." Reacting to this Kiku told, "Chi Chi (Govinda) toh aapse baat nahi karte." Rumours were rife that Krushna and Kiku had a fallout due to this.

Dismissing the rumours, Kiku told a leading daily that it was a scripted act and Krushna was aware of the joke. "It was completely scripted, rehearsed and Krushna was aware that I had these lines. It was just a joke and Krushna is not so shallow to take everything so seriously in life. And above all, why would I poke him about something he is uncomfortable about?" Kiku told. 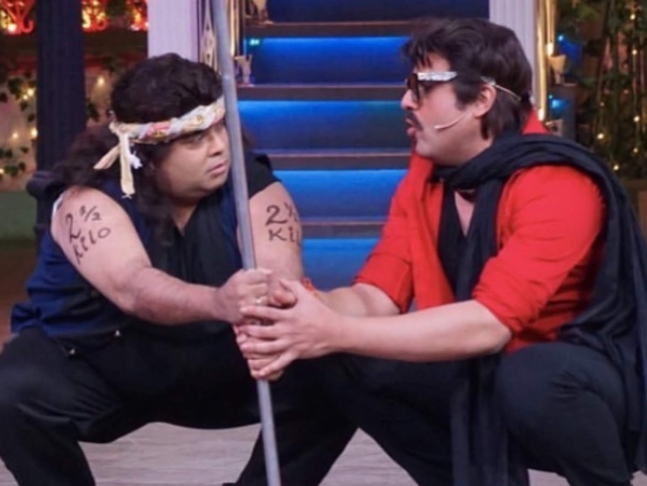 He further added, "Both Krushna and I have worked separately on the show and also together in pairs. We both turn into kids, Dharmendra paaji and Sunny paaji and do many fun things together. So, I feel this was just picked up randomly by someone to create a controversy. We both found those lines funny and Krushna knows it's a joke. At the end of the day, people should remember that we are just trying to make people laugh. Some jokes work and some don't. In this case, it was funny and we both laughed about it. I love Krushna and we gel really well. We share a great working equation with each other. I feel the credit for keeping us going for all these years goes to the writers who keep bringing something new to each episode."

Ravi Dubey tests positive for COVID-19, isolates himself at home

Nikki Tamboli shares a heartbreaking post about her brother Jatin's demise, says 'each day is difficult to live'