From Priyank Sharma's patch up with Benafsha Soonawalla to Naman Shah's and Nehaa Mishra's newborn baby boy, let's have a look at all television news for the day.

PRIYANK SHARMA - BENAFSHA SOONAWALLA BACK TOGETHER Priyank Sharma and Benafsha Soonawalla made their relationship official in April 2020. However, the couple had deleted their cosy pictures that they clicked together, which sparked the break-up rumours. However, it is being said that the duo is back together. As per a report in a leading daily, Priyank, who was recently spotted in a gym in Bhopal, had come to the city for a break. When they spoke to him, he said that he was there to meet Benafsha, who has been shooting in Indore and Bhopal for a project. Apparently, Priyank came to Bhopal to surprise Benafsha on Valentine's Day and then stayed back in the city for a few more days to spend some quality time with her. The two partied together with their friends. However, when Priyank was asked about his relationship with Benafsha, he preferred to stay mum. Well, looks like now, the two have decided to keep their personal life under wraps! 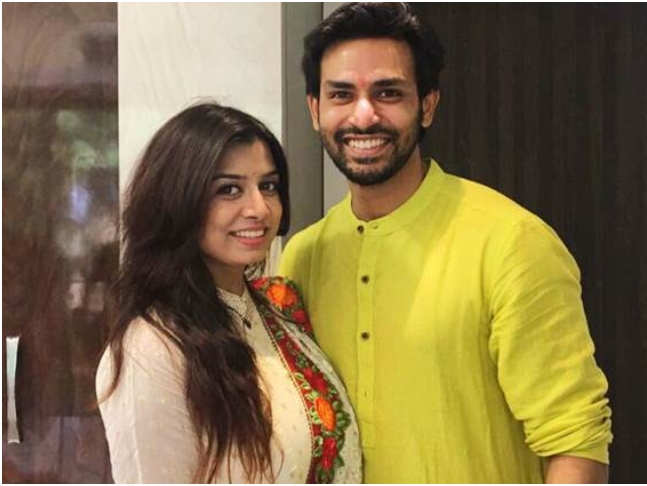 Naman Shaw, who was last seen in the TV show Tashan-E-Ishq, has been blessed with a baby boy. The Kasamh Se actor tied the knot with Nehaa Mishra in 2017 and took to Instagram to announce their pregnancy last December. Talking about the arrival of their bundle of joy, the new father says, “Nehaa was in labour for 12 hours and had a normal delivery. I was with her throughout. I can't even imagine what a mother goes through. But at the end of it, everything is worth it when you see your baby. Both of us wanted a healthy baby and are grateful to God for it.”

RAKHI SAWANT VISITS HER MOTHER AT THE HOSPITAL WITH KASHMERA SHAH

Rakhi Sawant was spotted today outside the hospital in Juhu. She had posted a picture of her mother battling cancer on the social handle and also urged fans to pray for her speedy recovery. The Main Hoon Na actress has always shown her happy side but today it was sad to see her tensed. She was accompanied by her friend Kashmera Shah.

Rakhi then shared a video with her mother Jaya Sawant from the hospital thanking Salman Khan for his help.