Nikki Tamboli and Jaan Kumar Sanu, who started their Bigg Boss 14 journey as friends, drifted apart because of a major fight. In one of the tasks, Nikki had blamed Jaan for kissing her, despite her warning him. She further put allegations on Jaan of always kissing her without her consent and permission. This had put a full stop to Jaan's friendship with Nikki. However, Jaan entered the BB14 house as Nikki's connection during the family week and supported her.

Now, talking about her allegation, Nikki has said, "We were friends inside. And (it's normal for friends to hug and kiss). So, in between, we had a fight because he nominated me and I got upset with him. Post that, he apologised to me by saying sorry, mujhse galti hogai. Mana raha tha mujhe (he was trying to make it up to me). But I was really very angry... So I wasn't ready to accept his apology." 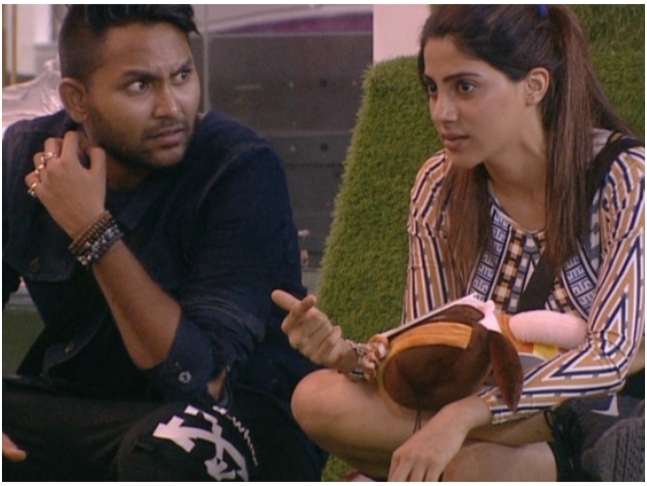 Nikki continued, "So, in that discussion, I told him that 'jo aap mujhe kiss karte ho vo mat karna (do not kiss me like you keep doing)'. Forcefully bilkul bhi nahi tha (it wasn't forceful at all). But Jaan presented in a wrong way actually by (saying that I accused him on national television). But kiss bhi to aap national television pe hi kar rahe the na. To wahin bolungi na ki mujhe kiss mat karo (but since that's where you kissed me, that's where I'll call you out)."

Jaan in an earlier interview had denied kissing her without permission, and had called Nikki a 'loose-mouth'.