The BARC TRP rating for the 18th week of 2021 has been released. There have been quite some changes in the positions. While Anupamaa was ruling on the first position for the longest time, it has been derailed by Ghum Hain Kisikey Pyaar Meiin. Taarak Mehta Ka Ooltah Chashmah has re-entered the top 5 list. 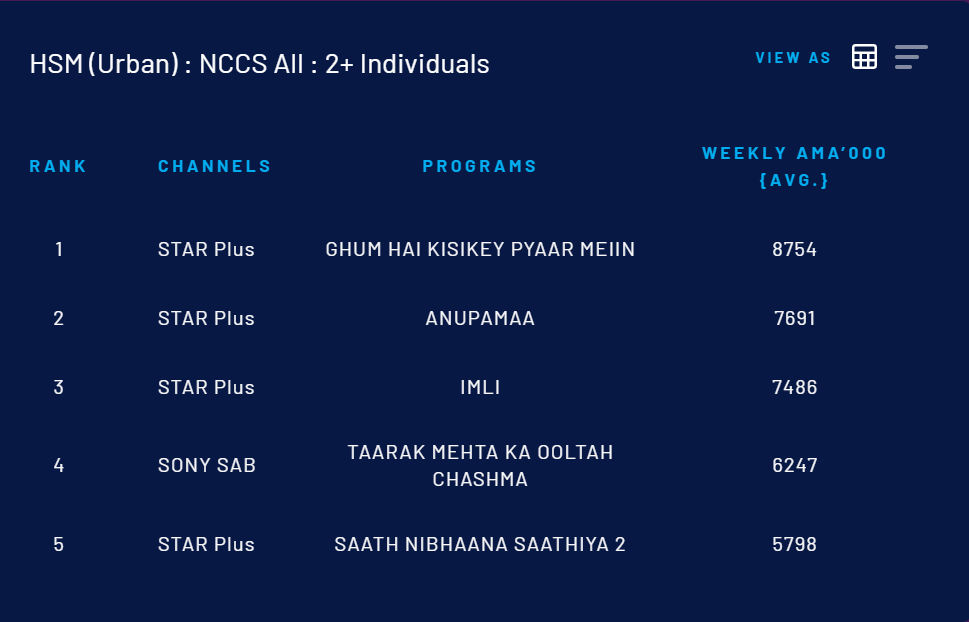