In a video shared by a leading daily on Instagram, Rakhi said, "Nahi baba, main nahi jaana chahti, waha Ruby nahi hai na. Kya pata mera fir se affair ho jaye. You never know Abhinav Shukla ke saath. Haan lekin ek kabab mein haddi hai wahan pe, Nikki Tamboli. (No baba, I don't want to go there. What if I get involved in yet another affair? You never know with Abhinav. But Nikki Tamboli is there)." Rakhi even claimed that Nikki is interested in Abhinav. 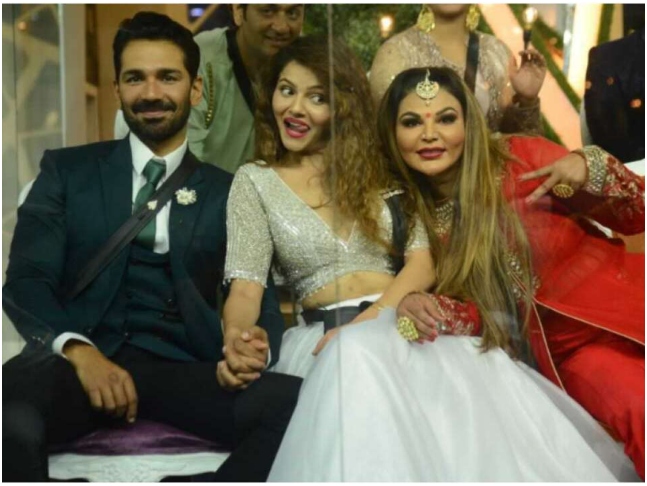 Recommended Read: Rakhi Sawant doesn't regret being an 'item girl', admits she doesn't have the talent to become a 'heroine'

In a recent interview, Rakhi said Abhinav was seen as ‘boring’ and she wanted to give him an image makeover in Bigg Boss 14, hence she started the love angle. "I started a fake affair with Rubina’s husband for entertainment. But I won’t lie, somewhere I got a little attached because he was such a nice person. One gets attached even to animals and this was a human being,” she had told earlier.

Rakhi had entered Bigg Boss 14 as a wild card contestant and grabbed eyeballs for her romantic angle with Abhinav and later spat with him and his wife Rubina Dilaik.