Advertisement
HomeTELEVISION NEWSTELLY BUZZAll is not well between 'Anupamaa' and 'Vanraj' aka Rupali Ganguly and Sudhanshu Pandey?

Rupali Ganguly, Sudhanshu Pandey and Madalsa Sharma's Anupamaa is one of the most popular shows on Indian television right now. Ruling the TRP chart almost every week, the Rajan Shahi show is keeping fans engaged with its dramatic story and strong characters. While the lead characters, Anupamaa (played by Rupali) and Vanraj (Sudhanshu) are now divorced in Anupamaa, it seems all is not well between the two actors too. According to reports, a rift between Rupali and Sudhanshu has started to appear.

Reportedly, the rift is because of ‘cold war and groupism’ on the sets of Anupamaa. As per reports, Sudhanshu, Madalsa aka Kavya, Paras Kalnawat aka Samar and Anagha Bhosale aka Nandini are said to be in one group while Rupali, Alpana Buch aka Baa, Aashish Mehrotra aka Paritosh and Muskan Bamne aka Paakhi are in another group. Reportedly, when the latest promo of Anupamaa was released, Sudhanshu shared it but didn't tag Rupali. There is no official confirmation about this. 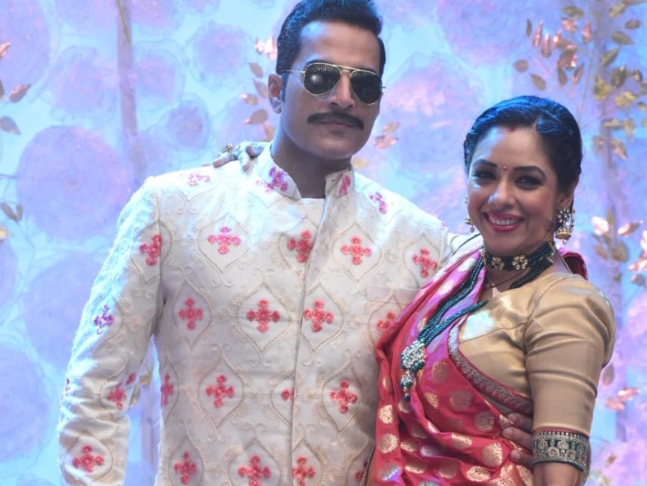 Speaking of Anupamaa, Vanraj is now married to Kavya. After losing his job, Vanraj starts working at a cafe. On the other hand, Kavya is finding it difficult to manage work and household chores. She appoints a maid. Her overall attitude is annoying Vanraj.