Rumours were rife that all is not well between Anupamaa co-stars, Rupali Ganguly and Sudhanshu Pandey. The Rajan Shahi show that is ruling the TRP charts came under the limelight for cold war and groupism on the sets. While the lead pair is maintaining silence on the issue, Madalsa Sharma, who plays the role of Kavya, reacted to the reports.

For the unversed, Madalsa plays the role of Sudhanshu aka Vanraj's second wife who marries him post his separation from Anupamaa aka Rupali. Talking to an entertainment portal, Madalsa told, "What rubbish. These are just rumours. Nothing of this sort is happening." 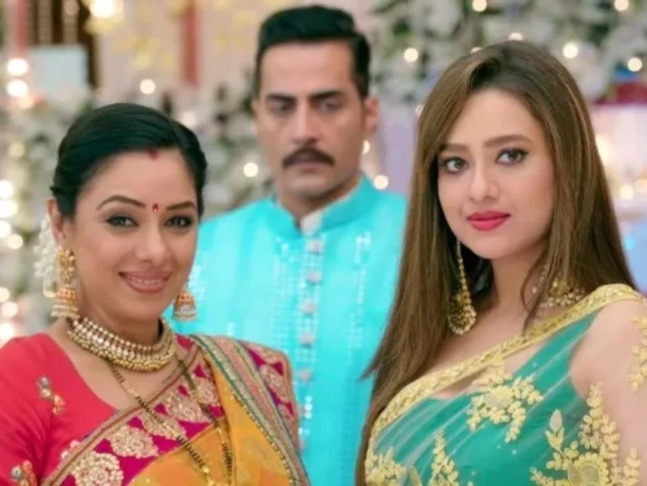 Recommended Read: All is not well between 'Anupamaa' and 'Vanraj' aka Rupali Ganguly and Sudhanshu Pandey?

A source also told the portal, "There is no truth to these rumours. We have never heard of it. The whole cast is too mature to indulge in cold war or groupism. No discord has come to the notice of the channel. Such stories are circulated by fans to create fan wars. Something similar happened with Ghum Hai Kisikey Pyaar Meiin as well."

According to reports, a rift between Rupali and Sudhanshu was caused because Sudhanshu, Madalsa, Paras Kalnawat aka Samar and Anagha Bhosale aka Nandini are said to be in one group while Rupali, Alpana Buch aka Baa, Aashish Mehrotra aka Paritosh and Muskan Bamne aka Paakhi are in another group.