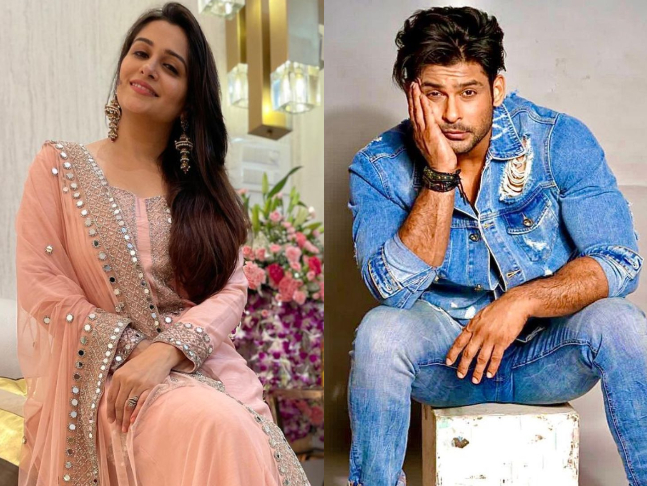 There is some interesting news coming from our television industry. Dipika Kakar spoke about her short stint in Sasural Simar Ka 2, Sidharth Shukla gave a sneak peek into his frustration. On the other hand, Vikas Sethi became a father to twin sons. Read on for more details.

Dipika Kakar has spoken about her short stint in Sasural Simar Ka 2 in her new video shared on her YouTube channel. In the clip, she addressed her fans’ queries and said, “My track was this long only. When Rashmi (Sharma, producer) ma’am called me, it was already decided and she was clear with me from day one. She told me that she needs me for around two to two-and-a-half months. I was more than happy to do it.” She said that the show made her what she is today and gave her an identity, s when she ‘got the opportunity to pay back’ the makers of Sasural Simar Ka by appearing in the second season, she gave it her 200%. Dipika also added that she was on a break from work and enjoying her domestic life as she has worked back-to-back continuously for many years and said, “I wasn’t taking up any shows but when Rashmi ma’am called me for a meeting, I couldn’t turn it down. I have to do it, it’s my duty. You do some things in life not for money or materialistic things but for your mental satisfaction or emotional reasons. My emotional reason was that Sasural Simar Ka made me what I am today, so now, if I can give back to the makers, I cannot refuse no matter what.” Sasural Simar Ka aired from 2011 to 2018. The second season premiered in April and has an all-new cast.

Sidharth Shukla posted a cryptic tweet today wherein he hinted at his restricted movements due to a sprain in his ankle. His tweet summed up his frustration of not being on the sets working or gymming. The actor tweeted, “Sometimes you make list of things to do and land up doing nothing .. and sometimes doing nothing is actually doing a lot (sic)." The actor had sprained his ankle a few days back and a source close to him had said, “Sidharth, who is a regular at gymming and running, sprained his ankle a few days back. He has been in a lot of pain and, in fact, is hardly able to move. Forget home-ridden, at this point he is room-ridden, which is difficult for Sidharth, who is so used to his day-to-day activities, meetings, workouts, etc."

Vikas Sethi and his wife Jhanvi have welcomed twin sons. The couple’s sons were born on June 21. Vikas, who became a daddy at the age of 45, is elated by it. He shared a family picture on social media and penned a sweet note about this beautiful moment in his life. Vikas wrote, “Jhanvi and me from being best friends to getting married and now becoming parents. It’s true when they say that some feelings cannot be expressed in words but only felt by the heart. This is one such beautiful moment in our lives (sic).” Vikas has worked in Kyunki Saas Bhi Kabhi Bahu Thi, Kahiin To Hoga, Kasautii Zindagi Kay and Sasural Simar Ka.

Jyotsna Chandola Singh has become a mother. She welcomed a baby boy on June 26 and took to social media to announce the birth of her son whom she has named Joni. Sharing the first picture of her son with director Nitesh Singh whom she married in 2015, the actress wrote, “Jai Guruji and yessssss our Joni baby. Love you all and thank you for all the good wishes and blessings, it's a boy. Jonits ka baby (Joni) (sic)." Jyotsna is known for her work in Sasural Simar Ka, Kasak, Bhagonwali-Baante Apni Taqdeer, Mrs Kaushik Ki Paanch Bahuein, Savdhaan India, Crime Patrol, Jodha Akbar and Santoshi Maa, among others. She was last seen in the TV soap Muskaan where she played the role of Sapna.