Advertisement
HomeTELEVISION NEWSTELLY BUZZI'm offered Bade Achhe Lagte Hain sequel, but there is no confirmation as talks are in the initial stage: Divyanka Tripathi

I'm offered Bade Achhe Lagte Hain sequel, but there is no confirmation as talks are in the initial stage: Divyanka Tripathi

Rumours were rife that Sakshi Tanwar and Ram Kapoor's superhit show Bade Achhe Lagte Hain is getting a sequel after 10 years. It was reported by an entertainment portal that Divyanka Tripathi and Nakuul Mehta are trusted with the responsibility to carry forward the franchise. Clearing the air, Divyanka told a leading daily that she has been approached for Bade Achhe Lagte Hain sequel but nothing is official yet. The actress said that talks are in the initial stage.

"I've got the proposal for 'Bade Acche Lagte Hain', but the talks are at a very initial phase. It has not even reached a point where there can be rumours or reports of me doing it. When the show is in the preliminary stage, the production house speaks to a lot of artists. We as actors are also in talks with different makers and channels for different projects. So, right now there is no truth to the news that I am doing Bade Acche Lagte Hain," Divyanka told. 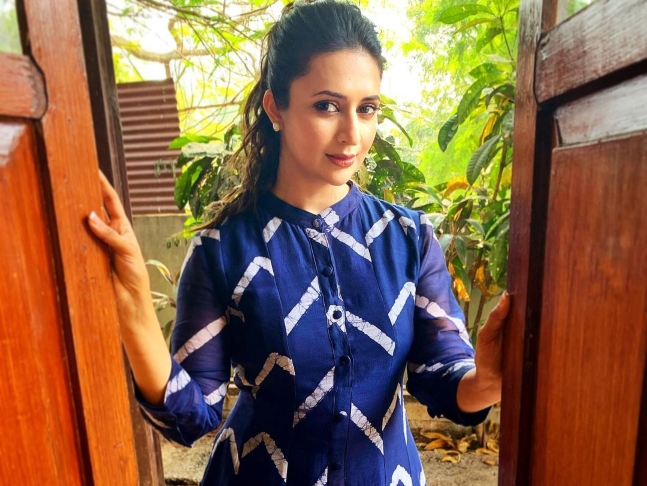 Recently, reports were doing the rounds that Divyanka was offered the role of Daya Gada in Taarak Mehta Ka Ooltah Chashmah before Disha Vakani came on board. The actress denied the news and said, "It's a fabulous show with a great fan following but I don't think I'll be keen on doing it."

Workwise, after Crime Patrol Satark: Women Against Crimes, Divyanka shot for Khatron Ke Khiladi 11 in Cape Town. The adventure-based reality show will premiere on July 17 on Colors at 9.30 pm.