Advertisement
HomeTELEVISION NEWSTELLY BUZZBade Acche Lagte Hain is Sakshi Tanwar and Ram Kapoor, but there is a whole generation that needs to know that urban loneliness in the 30s is a thing: Ekta Kapoor

Bade Acche Lagte Hain is Sakshi Tanwar and Ram Kapoor, but there is a whole generation that needs to know that urban loneliness in the 30s is a thing: Ekta Kapoor 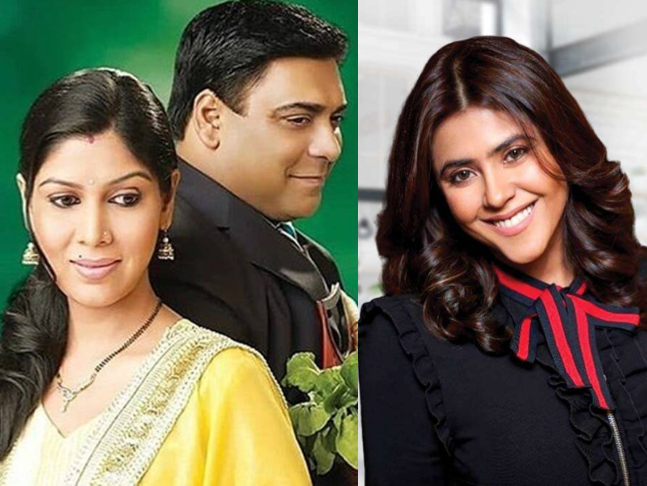 Ekta Kapoor took to her social media yesterday where she posted an IGTV of herself in conversation with two of the most loved TV actors Sakshi Tanwar and Ram Kapoor. The phenomenal actors who were the protagonists of Bade Acche Lagte Hain, a show that took the TV world by storm, were loved & appreciated for their impeccable performance.

Breaking the news of season 2, Ekta Kapoor mentioned that there is a whole generation that’s not seen this story and they don’t know that urban loneliness is a thing and hence the reason for Bade Acche Lagte Hai to be retold. She said, “Bade Achhe Lagte Hain is Sakshi and Ram. It will always stay Sakshi and Ram. But for me, at this present moment, there is a whole generation that has not seen the story. They don’t know that urban loneliness in the 30s is a thing also. Most soaps on TV are very mass-oriented. There is a whole section of Indian viewers that are new and thodi si urban, thodi si soft story banane ka attempt hai yeh (this is an attempt to make a show that is a little urban and soft).”

Ekta also revealed why she did not offer Bade Achhe Lagte Hain 2 to Ram and Sakshi. “Since tum dono itne busy ho (you both are so busy), I could not even think of approaching you all,” she said.

When asked about the new cast, Ekta mentioned that the female protagonist of BALH - season 2 is as pretty as Sakshi however the male protagonist looks nothing like Ram Kapoor! However we will have to wait for the promo to know the cast!