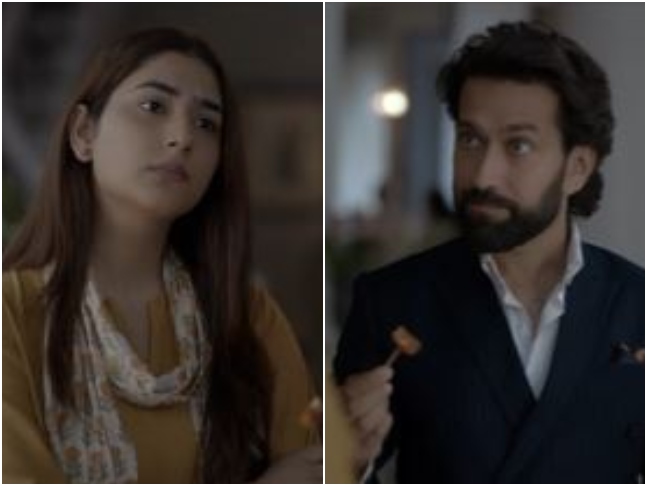 Ekta Kapoor's Bade Achhe Lagte Hain (2011) was one of the most popular TV shows. Starring Ram Kapoor and Sakshi Tanwar, it dealt with finding love at a later stage in life. The mature love story of Ram and Sakshi is still fresh in the minds of fans. 10 years later, Bade Achhe Lagte Hain is getting a sequel. Putting an end to speculations, the makers of the show released its first promo. It also confirmed that Disha Parmar is returning to television after a gap of 4 years. Bade Achhe Lagte Hain 2 will be Nakuul Mehta's first TV show after the birth of his son Sufi this year.

In the promo of Bade Achhe Lagte Hain 2, we are introduced to Ram (Nakuul) and Priya (Disha) who are at an engagement party. As Ram enjoys delicious food, he can't stop himself from asking Priya the reason behind staying single even in her 30s. Irritated by Ram's question, Priya counterquestions him. Ram then discusses different stages of love in the 30s. The promo of Bade Achhe Lagte Hain 2 talks about the loneliness experienced by people in their 30s.

Recommended Read: Bade Acche Lagte Hain is Sakshi Tanwar and Ram Kapoor, but there is a whole generation that needs to know that urban loneliness in the 30s is a thing: Ekta Kapoor

This is the second time Disha and Nakuul are paired opposite each other. For the unversed, Disha and Nakuul made their acting debut in Star Plus' popular show, titled Pyaar Ka Dard Hai Meetha Meetha Pyaara Pyaara.