Shilpa Shetty had taken a break from work to be with her children Viaan and Samisha after her husband Raj Kundra's arrest on July 19. Raj is still in judicial custody for his alleged role in a pornography case that is being investigated by the Mumbai Crime Branch. Now, a month after her businessman husband's arrest, Shilpa has reportedly decided to return to work. According to a leading daily's report, Shilpa shot for Super Dancer: Chapter 4 today. For the unversed, the actress is one of the three judges on the dance reality show.

A source close to the development told the daily that Shilpa wanted to get back to work and received a warm welcome from Super Dancer: Chapter 4's team this morning. "The makers had been in constant touch with her and only recently she decided that she was ready to make a comeback. Shilpa wants to get back to work not just for her kids and family but also for her own sanity. She was welcomed warmly by the Super Dancer team, which made her quite emotional in the morning," the source told. 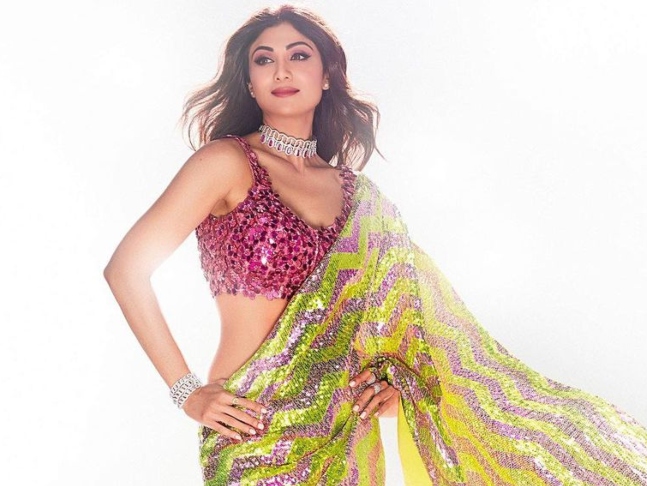 Recommended Read: Raveena Tandon politely declines the offer to judge Super Dancer: Chapter 4 because 'it only belongs to Shilpa Shetty'?

Without revealing much, the producer of Super Dancer: Chapter 4, Ranjeet Thakur, gave a hint to the daily that Shilpa is back on the show. "She is our judge and she is here to stay," he shared.

In an earlier interview, Shilpa's co-judge Anurag Basu spoke to a leading daily and said everyone on Super Dancer: Chapter 4 missed Shilpa. "We miss Shilpa a lot on set. There’s a bonding between all of us, who’re a part of the show, and which also includes people behind the scene and the choreographers. We’re a small family and when one person isn’t around, then bahut mushkil hota hai. Shilpa is dear to us," Anurag told.