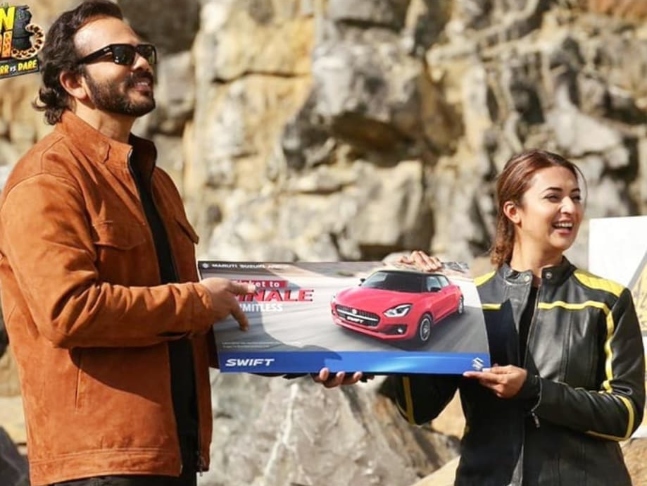 The race to the finale began on Saturday. Host Rohit announced that one of the contestants will get the first ticket to the finale and will secure their position. Divyanka, Abhinav, Vishal, Varun, Rahul and Arjun got a chance to go ahead in the race whereas Shweta and Sana got out pretty early. The first stunt in the race to the finale was performed in pairs. Rahul-Varun and Divyanka-Abhinav's teams won it. Since Vishal-Arjun took maximum time, they had to step down.

In another partner stunt, Rahul was paired with Divyanka and Varun got Abhinav as his companion. After the completion of the stunt, Rahul and Divyanka proceeded ahead in the race as they collected more flags than Varun-Abhinav.

The final stunt was indeed a thrilling one. Rahul and Divyanka had to stand on the roof of a hanging bus. Soon after the task started, they had to descend using a ladder. The second part of the stunt required them to bring down a hanging dummy, run towards a car, place the dummy near the car's tyre. After this, they had to open the car's boot and assemble 3 rods. The contestants made sure that the task ended with a blast, quite literally.

Divyanka completed the task before Rahul and won the first ticket to the finale.