Amit Tandon and Ruby Tandon went through hell and emerged stronger than before. In 2017, the actor-singer announced his separation from his wife after 10 years of marriage. Things for the couple changed when Ruby, a dermatologist, was put behind the bars in Al Raffa Jail in Dubai in 2017. She spent 10 months in jail after the Dubai Health Authority accused her of threatening some government officials. After being released, Ruby returned to India in 2019 and reconciled with her husband Amit. While the couple reunited and gave their marriage a second chance, their relationship with Mouni Roy went kaput. The reason behind breaking all ties with the actress is still not known.

Now, years later, Amit opened up about his equation with Mouni, who was once Ruby's closest friend. In an interview with a leading daily, Amit, without giving out details about the tiff, said that he doesn't want to see Mouni's face ever again. The actor-singer told that the actress 'used' his wife Ruby. "Mouni Roy who?... I know my wife Ruby won't say this but this took a lot out of her. I don't think I want to see Mouni Roy's face ever again. That girl used my wife. We thought she was genuine but when Ruby was in trouble, Mouni ne uska saath chhod diya. Jaise logon ke chehre badaltey hain, waise hi hua. We are seeing a new face of Mouni Roy; this is not the Mouni we knew. We perceived her as a genuine person, she has hurt Ruby's soul," Amit told. He further lashed out at Mouni for not being there for Ruby when she needed her the most. "Miss Roy, you left Ruby when she was at a low zero, today she is bigger than before. Ruby would do so much for everyone, she is so selfless; she would sacrifice her own food. There is no forgiveness for Mouni Roy from our side. I have told Ruby that if she ever accepts back in her life, I won't be around her, main toh phir gaya," Amit added.

He said, "Frankly, there are lot of people whom we realised were not our true friends. They just saw the tamasha- Mercedes bik gayi, clinic bandh ho gaya. But there was no sorrow in their eyes. Everybody wants to have a drink with you, everybody wants to party with you when your chips are high." 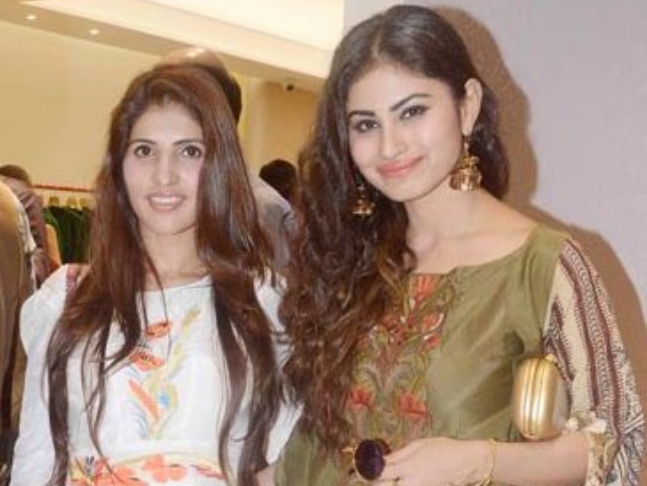 A few years ago, Mouni and Ruby were said to be inseparable. When the latter was in jail, Mouni took care of the family in her absence. In fact, Mouni looked after Ruby and Amit's daughter Jiyana. Reportedly, things went wrong when Ruby returned to India. Mouni and Ruby are no longer following each other on social media and are not on talking terms too.