The Big Picture promo: Ranveer Singh brings his characteristic exuberance as he announces the date and time of his visual quiz show 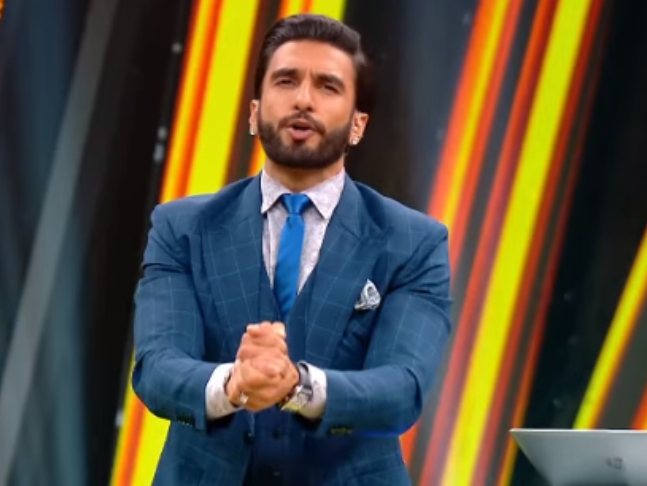 Ranveer Singh is all set to serenade everyone with his charm and charisma as he makes his television debut with The Big Picture, a visual quiz show. The earlier released promos of the show created quite a buzz amongst the audience, now in the latest promo the date and time of the show’s premiere has been announced. The Big Picture will go on air on October 16 at 8 pm. The show will be aired on Saturday and Sunday.

Taking to his social media accounts, Ranveer shared the promo where he can be seen making a smashing entry on the show’s sets while his Bajirao Mastani song Malhaari plays in the backrground. He proceeds to shake a leg with the audience as well. Ranveer looked dapper as he opens the show in the promo and greets the audience with his characteristic exuberance.

The Big Picture does not have any lifelines for contestants but they can bring one partner with him/her at any point during the play. maximum number of partners that can come on board with a contestant will be three but the winning prize will have to be split equally at the end of the game. It is expected that the show will have a grand prize of at least Rs 1 crore.