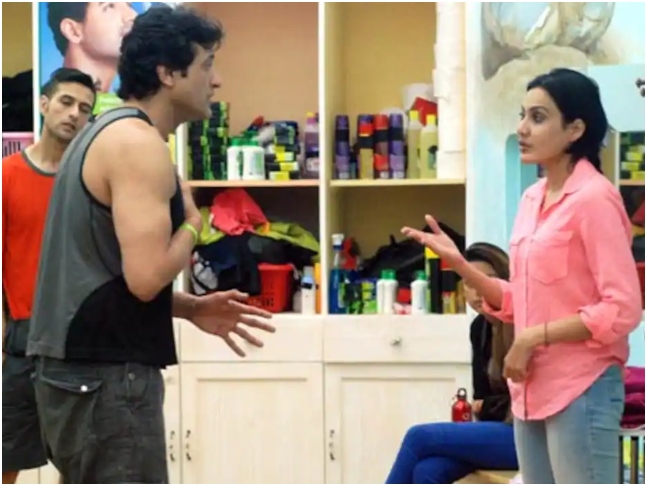 Kamya Punjabi, who was a contestant on Salman Khan's Bigg Boss 7, recently revealed that she was verbally abused by her co-contestant Armaan Kohli. The actress opened up about the incident in a tweet after a user asked her to think about Bigg Boss 15 contestant Pratik Sehajpal who was being abused by Jay Bhanushali. A Twitter user said that Kamya got upset when Armaan Kohli called her ‘divorcee’ on Bigg Boss 7 and asked her to think about Pratik, who was raised by a single mother.

Kamya said that Armaan not only called her a ‘divorcee’ but also hurled abuses. She wrote on Twitter, “Armaan ne sirf divorcee nahi kaha tha balki bahot sari maa behen ki gaaliyan bhi di thi (Apart from calling me a divorcee, Armaan also hurled abuses directed at family), I kept laughing at him n then cried akele meh (alone).” "Maine koi aggression nahi dikhaya naa koi bb ki property todi, warna dono meh fark kya reh jaata! Aur gaali toh gaali hai na cricket ho ya bb (I did not get aggressive or destroy any property in the Bigg Boss house because if I did, what would the difference between us be? And abusive language is abusive language, be it cricket or Bigg Boss),” she added.

Recommended Read: Bigg Boss 15: Pratik Sehajpal breaks down after Jay Bhanushali abuses him on his mother, slaps himself

Kamya was reacting to a tweet which said, “Armaan ke ‘Divorcee’ bolne pei aapne poora ghar sar pei chadha liya tha (When Armaan called you a ‘divorcee’, you raised a hue and cry)... Even at that time I was against Armaan... But try to understand, this is Maa ki gaali, to a guy who is raised by single Mother.. Cricket ko Bigg boss se compare kyu (Why are you comparing cricket and Bigg Boss) #BiggBoss15 #BB15 #PratikSehajpal.”