TKSS promo: Aayush Sharma reveals Salman Khan told him off and called him ‘strange person’ for visiting without wife Arpita 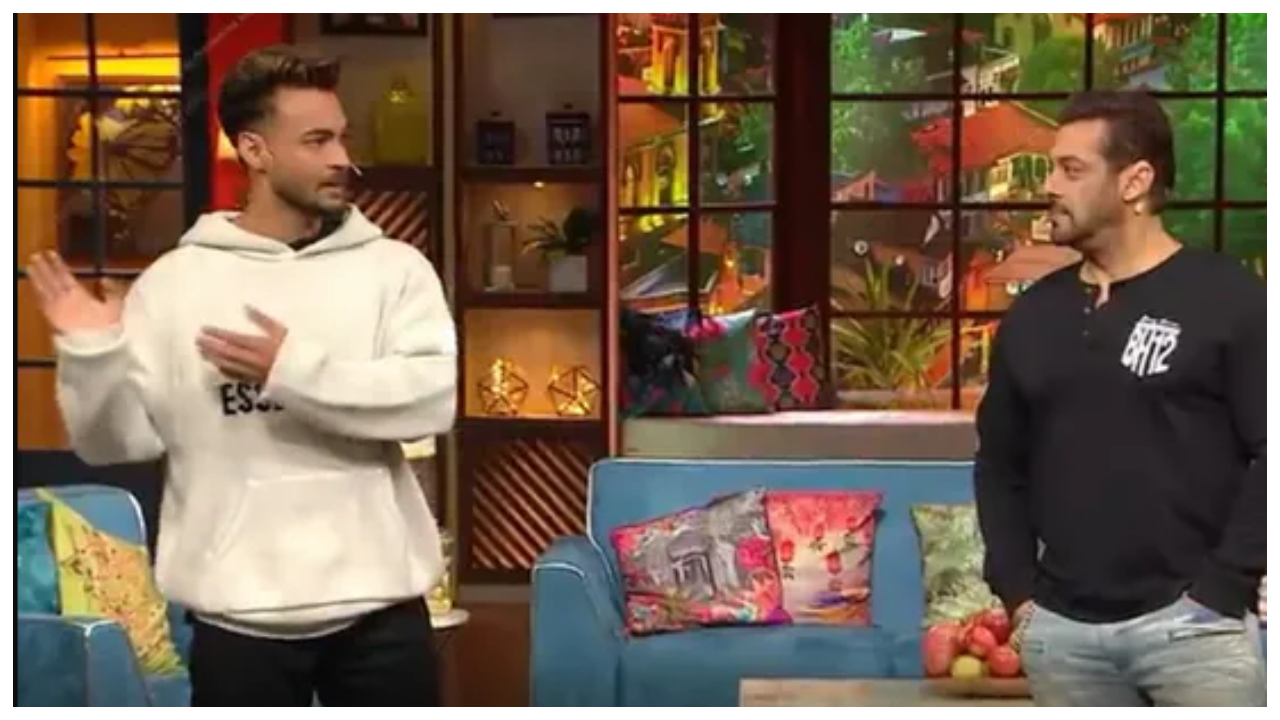 Salman Khan and Aayush Sharma along with Mahesh Manjrekar and Mahima Makwana will appear on Kapil Sharma’s comedy show, The Kapil Sharma Show this weekend as they promote their upcoming film Antim: The Final Truth. New promo of the show has been dropped by the channel on its social media account that promises fun and never-ending laughter. Salman could not help controlling his laughter as can be seen from the promo.

In the promo, Salman enters the stage on a cycle and Aayush shook a leg on Bhai Ka Birthday song from the film. In the clip, Kapil asks Aayush about the difference between meeting Salman at home, as a family member and on the set as Aayush is married to the superstar’s sister Arpita Khan Sharma. To this, Aayush said, “Every alternate day inko milne jaate hai aur hasee mazaak karke wapas aa jaate hai. Ek time hua tha Arpita ghar se bahar gayi hui thi, main Bhai ko milne aaya, Bhai ne kaha, ‘Tu ajeeb insaan hai, tu baar baar yahaan kyun aata hai?’ (We would meet him every alternate day, laugh and joke around with him. One day, Arpita was not at home, and I visited Bhai. Bhai told me, ‘You are a strange person, why do you come here again and again?’).”

RECOMMENDED READ: Watch: Salman Khan holds his baby niece Ayat as they feed bananas to monkeys; her reaction is priceless

The promo also shows Krushna Abhishek and Kiku Sharda pulling one hilarious gags after another as they reprise their famous act of Dharmendra and Sunny Deol respectively. Salman also dances with Archana Puran Singh on Pehla Pehla Pyar Hai from Hum Aapke Hain Koun while Kapil sings the romantic song for them.

Salman and Aayush’s episode will air on this Sunday. Antim: The Final Truth is slated to hit theatres on November 26.