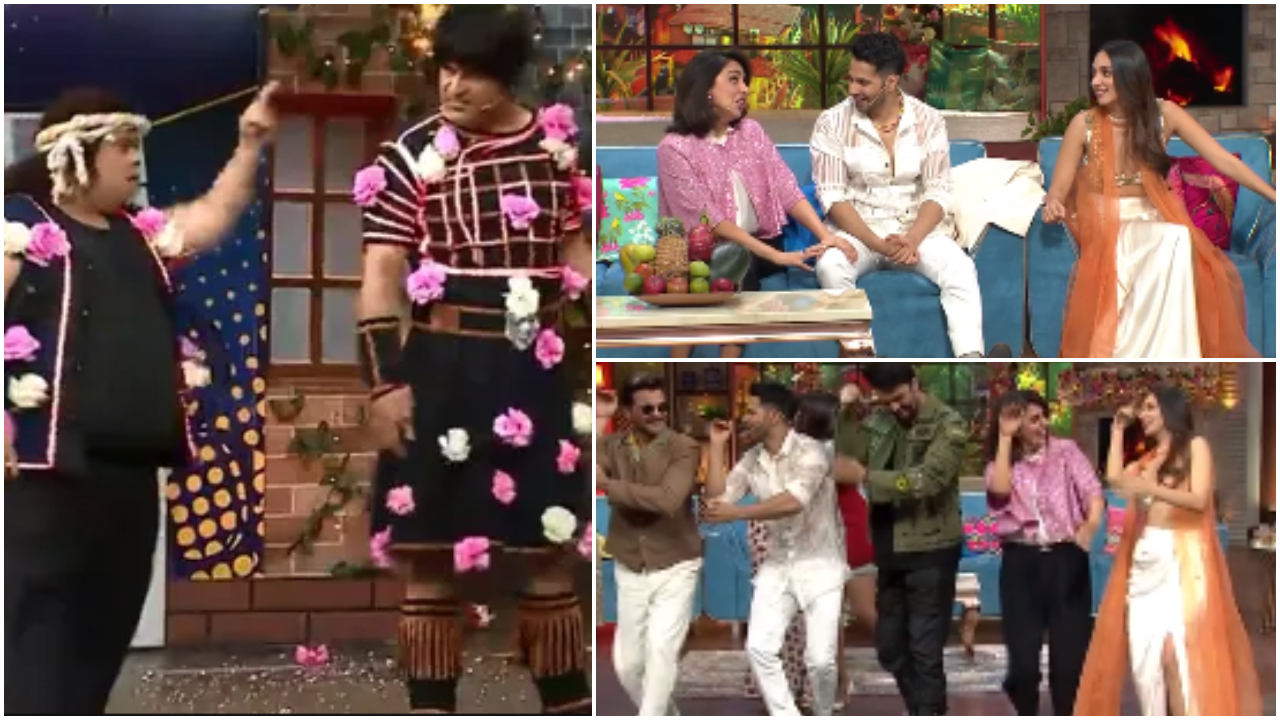 Kapil Sharma’s popular comedy show The Kapil Sharma Show is soon coming to an end and for the show’s finale episode the comedian will be welcoming the star cast of Jug Jugg Jeeyo. The promo of the upcoming episode has been shared by the channel’s official social media handle and it looks like a laugh-a-riot episode as Varun Dhawan, Kiara Advani, Anil Kapoor, Neetu Kapoor, Maniesh Paul and Prajakta Koli appear on the show.

In the promo, Maniesh and Anil seemed to be the target of jokes of Kapil’s team that comprised of Kiku Sharda and Krushna Abhishek. In the promo, we get to see Kiku dressed as Sunny Deol and Krushna in the role of Dharmendra take a jibe at Maniesh and wondering how he got such a big film as Jug Jugg Jeeyo. Kiku as Sunny relates the conversation between him and Krushna (dressed as Dharmendra) backstage and says, “Itni badi film Maniesh ko kaise mil gai (How come Maniesh Paul got such a big film)?" Krushna reacted, “peeche ki baatein aage kyu kar rahe ho (why are talking about backstage stuff on stage)?”

The promo also shows Kapil and Kiara mimic Anil’s mannerisms and Neetu telling everyone that how they have to give fake compliments to Anil as he arrives on set in the morning as he always asks them. Kapil also jokes how Anil has been dancing around since he is accompanied by Neetu this time but was in a sulky mood the last time he came on the show as he came with his Thar co-star and friend Satish Kaushik.

Jug Jugg Jeeyo is directed by Raj Mehta and produced by Karan Johar under his banner Dharma Productions. It is scheduled to release on June 2, 2022. On the other hand, Kapil’s show is taking a break and will be replaced by India’s Laughter Champion which will have Archana Puran Singh and Shekhar Suman as judges.