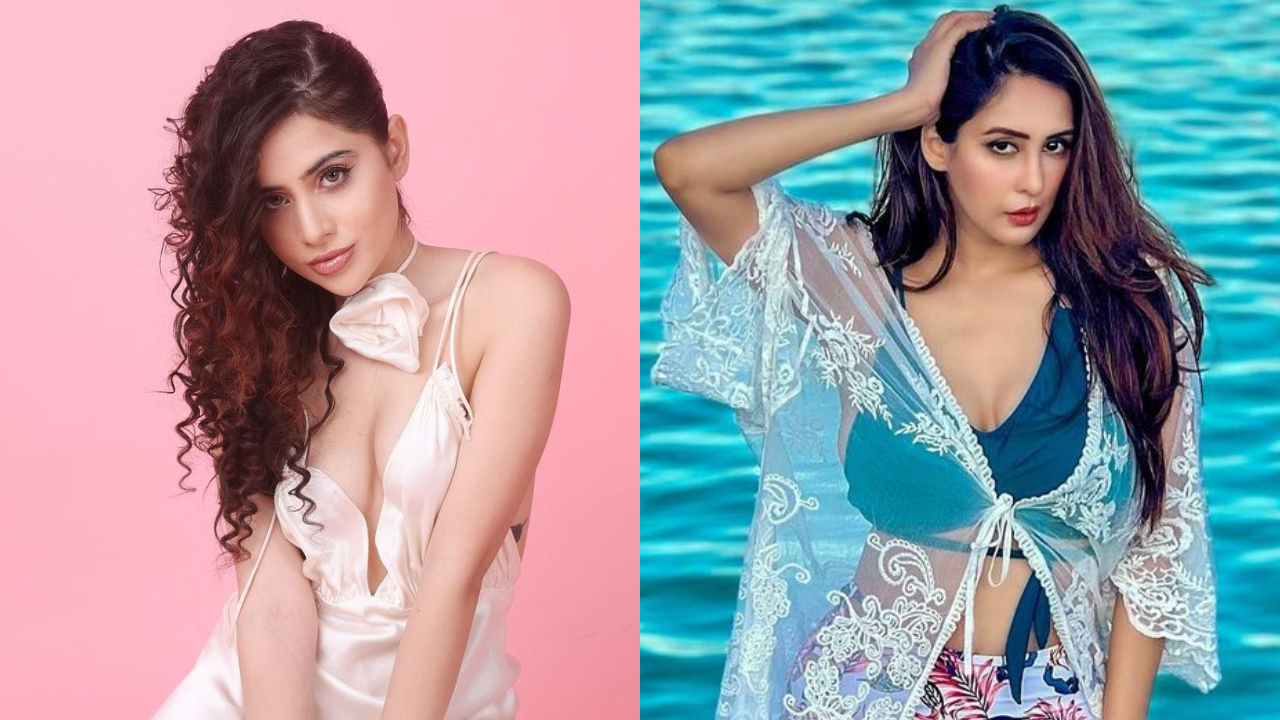 Urfi Javed and Chahatt Khanna got into an ugly war of words on social media recently. Chahatt first shared an image of Urfi on her Instagram and called out her ‘unique’ dressing sense. She called Urfi’s fashion sense vulgar and stated that she is sending a wrong message to the youth and society by wearing barely-there clothing on the streets of Mumbai and posing for paps. This led to a feud where Urfi joined in mocking Chahatt’s personal life, ridiculed her for her two divorces, called her ‘aunty’, claimed she gets her finances through her alimony and eventually ended up getting blocked by the former.

Chahatt shared a recent image of Urfi on social media and wrote, “Who wears this? And on streets? I mean anyone would their clothes and media makes them a celebrity? Is Indian media so vulnerable? Its easy to buy this cheap publicity and media. This cheap show you'll are promoting to our generation. Anyone would pay for spotting and do anything or even go nude and you'll carry? This is obnoxiously sad! God bless you with some wisdom."

Urfi got offended and shared Chahatt’s story on Instagram and replied, “At least I don’t buy followers! Also if you would do your homework, I was there for an interview, I was dressed for an interview which is non of your business, you’re just jealous that even after paying the paps they are not covering you. @chahattkhanna also whatever anyone does on this earth is none of your business, why didn’t you upload this story for Ranveer Singh? Shows your hypocrisy. See I didn’t judge you for your TWO divorces, dating away younger men so why judge me?”

Urfi also went on to share a backless photo of Chahatt from her Instagram and called out her ‘hypocrisy’ by saying, “So you’re allowed to post such pictures on social media for the entire world to see? Social media pe toh asli log Nahi hote na? You are jealous my love and also you are a bully. I feel sad for your daughter. What kind of mother they have. Shit. At least I earn my own money not living off my 2 ex husbands alimony! @chahattkhanna I ain’t coming to you judging how you love your life. Idk what these aunties have against me lol.”

Chahatt, in turn got offended that Urfi brought her divorces into the spat and wrote, “I dont Need to be a part of this drama but its essential to let my followers know, people talk and few bark a lot, but people who know me they know I’ve worked hard to come here and achieve a lifestyle and not alimony, pls go check records first before talking, haven’t taken a single penny ever, also my divorce could have been easily targeted, everyone knows abt this. But people with class would never do that, also I’m not expecting class from classless people nor paid media. A baki jisko jo acha lagta hai likho.. mera kya."

Chahatt also spoke about Ranveer Singh calling Urfi an ‘icon’ on Karan Johar’s chat show Koffee with Karan Season 7. She later blocked Urfi and wrote, “Damn funny this women is, if she thinks people are jealous of her, comparing herself to Ranveer Singh, Lady pls do Atleast half of the work he has done, also correcting you, he was shooting for something Bare body, he is not running Nude on the streets doing paid spotting since months, people who are opposing this behaviour has nothing to do with your So called fame, but the stupidity happening around the city and Media, also if Ranveer Accidentally happened to call you an icon with no choice or in sarcasm it doesn’t mean you can compare your self with a great Actor. This would be all from my side. Om Shanti, Bhagwan aapko Sadbudhi.”

Urfi replied to her comments and wrote, “Doesn’t want to be a part of drama but will slut shame a women for no reason, you’re telling me classless where as you were the one who accused me of buying the media and roaming naked! Such double standard. Also why did you block me :( if you don’t want to be part of drama, don’t unnecessarily bully people online, I’m sorry it’s not my mistake that you’re not getting the attention you want even even you upload half naked pictures. Being a two times divorcee, dating younger men they all are unethical according to society, but you’re doing what makes you happy. Right? So why judge me?

Earlier, Urfi had been called out by Kashmera Shah and Farah Khan Ali as well and the former gave it back to them in no uncertain terms. Recently Urfi has become the most googled celebrity on the search engine.