Poonam Pandey is no new name to controversies. The model cum actress landed into troubled waters amid the stringent Coronavirus nationwide lockdown. The 29-year-old, on Sunday, was found taking a leisure drive at Marine Drive with a friend. Poonam, on violating the lockdown rules, has been booked by the Mumbai Police. Cases under sections 269 and 188 have been registered against her and her friend for their 'negligent act likely to spread infection of disease' and 'disobedience of order promulgated by public servant'. The senior inspector of Marine Drive Police, Mrityunjay Hiremath, issued a statement regarding the same and confirmed the cases against Poonam and her friend.

“A case has been registered against Ms. Pandey and Sam Ahmad Bombay (46) under sections 269 (Negligent act likely to spread infection of a disease dangerous to life) and 188 (Disobedience of order duly promulgated by public servant) of the Indian Penal Code (IPC) and under provisions of the National Disaster Act,” senior police inspector Mrityunjay told. 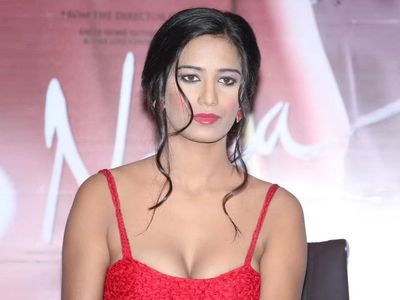 Poonam, recently made headlines for filing a case in the Bombay High Court against Shilpa Shetty's businessman husband Raj Kundra and his associates, called Armsprime Media. The model turned actress claimed that they unethically used content meant for her app The Poonam Pandey App even after a contract between the two parties was terminated. Poonam also alleged that Raj has been using the content for minting money and she has been receiving obscene phone calls. She claimed that Raj and his team leaked her personal contact number by writing 'call me, I will strip for you'.

‘Was too busy with my own work, not aware about what Raj Kundra was

Yo Yo Honey Singh appears before court in domestic violence case filed against him by wife Shalini Talwar; rapper's parents to attend next hearing virtually

Payal Rohatgi's lawyer denies her involvement in recent activity of 'anti-Nehru' video, clarifies the actress was detained in Rajasthan in 2019 on a similar charge