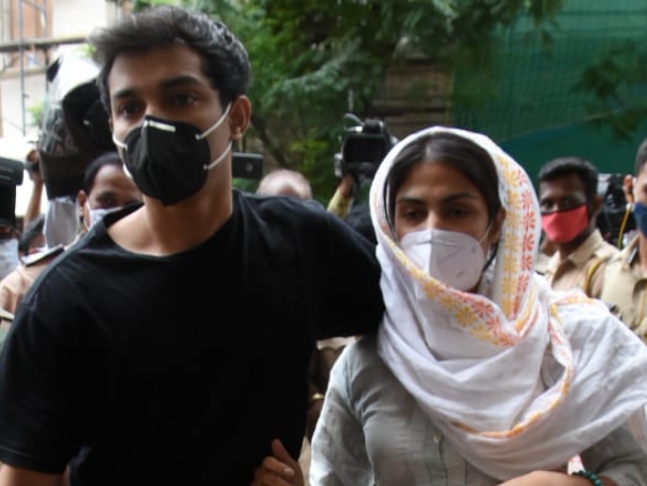 Today, October 6, The Mumbai Sessions court extended the judicial custody of Rhea Chakraborty, her brother Showik Chakraborty and others till October 20. Rhea, Showik along with Samuel Miranda were arrested by the Narcotics Control Bureau (NCB) in a case related to drugs under the NDPS Act, in connection to Sushant Singh Rajput's death case. Rhea was arrested on September 8 while Showik and Samuel were sent into NCB's custody on September 5.

Rhea, who was sent into custody for 14 days, was rejected bail twice before. However, after an extension, their custody was to end today. But, the special court pushed it forward by another two weeks. Rhea was reportedly booked under IPC sections 20 (B) that deals with production, possession, transportation, and usage of cannabis, 28 (counterfeit), 29, and 27 (A). According to reports, the Bombay High Court bench headed by Justice S S Shinde, today adjourned hearing on a plea filed by Sushant’s sisters Priyanka and Meetu seeking to quash FIR against them based on a complaint lodged by Rhea to October 13. Rhea is currently lodged in the Byculla Women’s jail in Mumbai.

The CBI along with NCB is currently investigating Sushant's demise. The actor died of suicide on June 14 this year and since then, Rhea, her brother Showik and others were under the scanner.