Kangana Ranaut and Rangoli Chandel have moved the Bombay High Court to cancel a First Information Report (FIR) registered against them. The actress and her sister were summoned to appear before the Mumbai Police today and tomorrow for allegedly "trying to create hatred and communal tension" through their posts on social media. Kangana and Rangoli were previously summoned on October 26 and 27 and on November 9 and 10. However, they did not appear before the police. 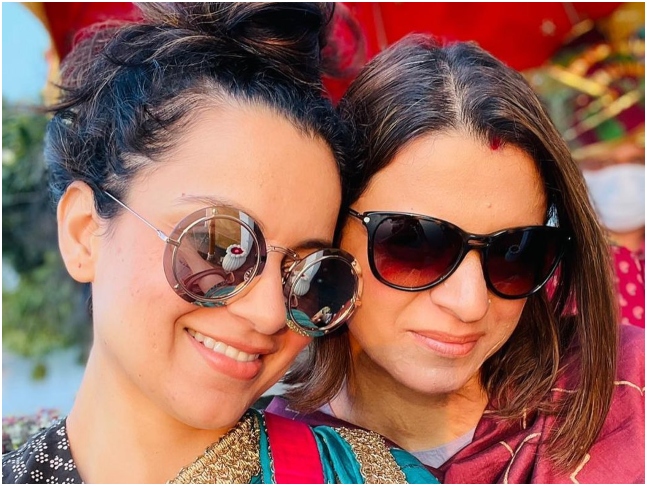 The FIR was registered against Kangana and Rangoli under sedition charges. It was passed by the Bandra magistrates court directing the police to carry out an inquiry against them after a complaint was lodged by casting director and fitness trainer Munawwar Ali Sayyed.

Kangana and Rangoli failed to appear before the police on October 26 and 27 stating they were busy with their brother's wedding in Himachal Pradesh. According to reports, the Mumbai police have filed the FIR against Kangana and Rangoli under IPC sections 153-A (promoting enmity between different groups on grounds of religion, race), 295-A (deliberate acts hurting religious sentiments) and 124-A (sedition), 34 (common intention).