Kangana Ranaut finally appears before court in Javed Akhtar defamation case, accuses the lyricist of extortion; matter to be heard on October 1

Kangana Ranaut, on Monday, appeared before the metropolitan magistrate's court in Andheri in connection with a criminal defamation complaint filed against her by lyricist Javed Akhtar. The court, last week, had issued a warning to Kangana after she skipped multiple hearings in the case. The court had said that an arrest warrant against the actress can be issued if she failed to be present for the hearing.

On Monday morning, Kangana marked her presence at the metropolitan magistrate's court in Andheri. Javed was reportedly present during the hearing. Sources say Kangana's lawyer Rizwan Siddique has filed an application to transfer the case from the Andheri court. The application will be heard by the Chief Metropolitan Magistrate on October 1. Reportedly, Kangana has accused Javed of extortion under sections 383, 384, 387, 503, 506, r/w 44, 33 of IPC. 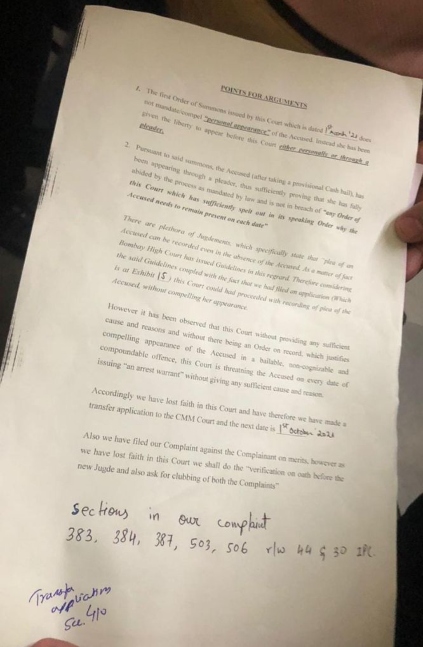 Recommended Read: Court to issue arrest warrant against Kangana Ranaut if she skips next hearing in Javed Akhtar defamation case

In November last year, Akhtar filed the complaint before the Metropolitan Magistrate at Andheri, Mumbai. This came after Kangana accused him on national television of threatening her to not speak of her alleged relationship with Hrithik Roshan after calling her to his residence. The lyricist said no such threats were issued to her. After Kangana made defamatory remarks against him, he went on to take legal action against her.

The court has been issuing summons to Kangana since February this year. The last court hearing was on September 14. When Kangana failed to appear before the court, her lawyer reportedly submitted a medical report of the actress and said that she is showing symptoms of COVID-19.