The Zoya Factor: Sanjay Kapoor and Sikandar Kher join Sonam and Dulquer Salmaan in the film 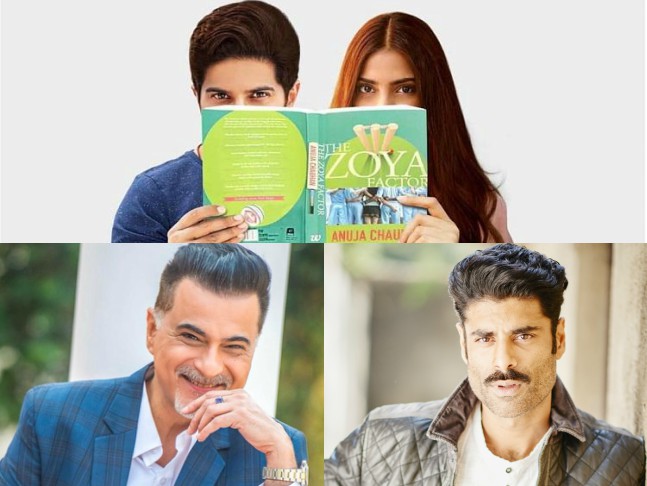 Sonam Kapoor and Dulquer Salmaan starrer The Zoya Factor’s supporting star cast is being revealed slowly. Recently, Angad Bedi joined the film and will be seen playing the role of former cricket captain and the main antagonist in the film. Now, we hear that Sanjay Kapoor and Sikandar Kher have been roped in to play Sonam’s father and brother respectively in the film.

The film is the screen adaptation of Anuja Chauhan’s book of the same name. Confirming the news of his inclusion Sanjay told a leading daily, “I received a call from the producer when I was in New York. Later, director Abhishek Sharma called me up to give me a gist of the story and discuss my part. I was waiting for a good film to come my way and this just seems perfect.”

RECOMMENDED READ: The Zoya Factor: How Sonam Kapoor and Dulquer Salmaan are preparing for their roles

Talking about teaming up with his family members, Sanjay told the daily, “Besides 'Mubarakan' (which featured his brother Anil Kapoor), I haven’t worked with my family in any film. So, it’s an exciting opportunity for me to act alongside Sonam. We have started the reading sessions and I can’t wait to commence the shoot. We are a close-knit khandaan and Sonam has grown up in front of my eyes. She is like my daughter, and there’s nothing better than working with your own family.”

On the other hand, Sikandar who is awaiting the release of his films Milan Talkies and RAW: Romeo Akbar Walter will be essaying the crucial role of Sonam’s brother in The Zoya Factor. Talking about his role, Sikandar said, “The ability to do different roles excites me. We are undertaking workshops with other cast members, including Dulquer. Both Sonam and he are good at their work.”

Apparently, Sikandar bagged the role after giving a screen test. Speaking about the director Abhishek Sharma he told the daily, “I have known Abhishek since we worked together on Tere Bin Laden: Dead Or Alive.”