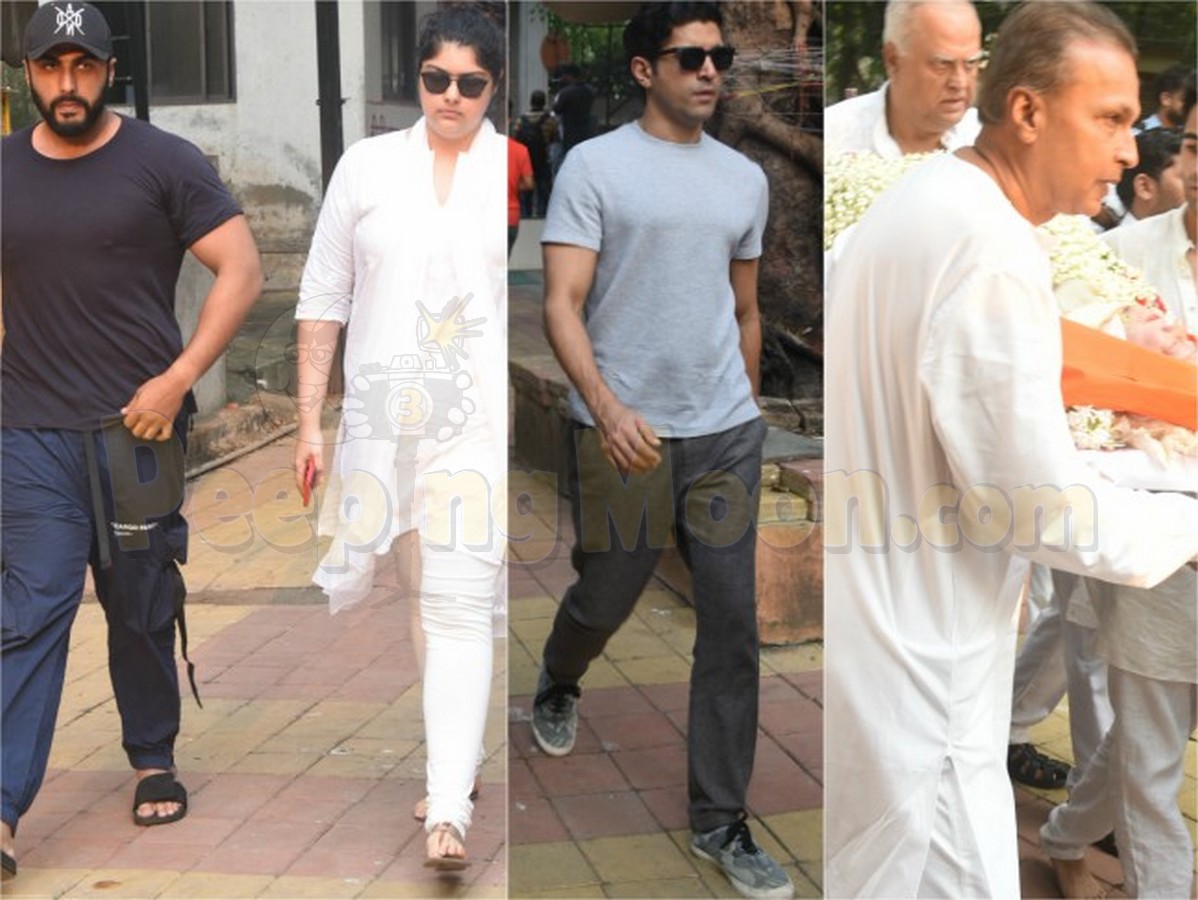 Bollywood’s first lady and Kapoor Khandaan matriarch Krishna Raj Kapoor breathed her last today. She was cremated at the Chembur crematorium near the famous RK Studios. Her last rites saw the who’s who of Bollywood coming down to pay their last respects to the elegant and respected lady.

Amitabh Bachchan was also there at the funeral.

Anil Ambani was present at the funeral.

Rani Mukerji at the funeral