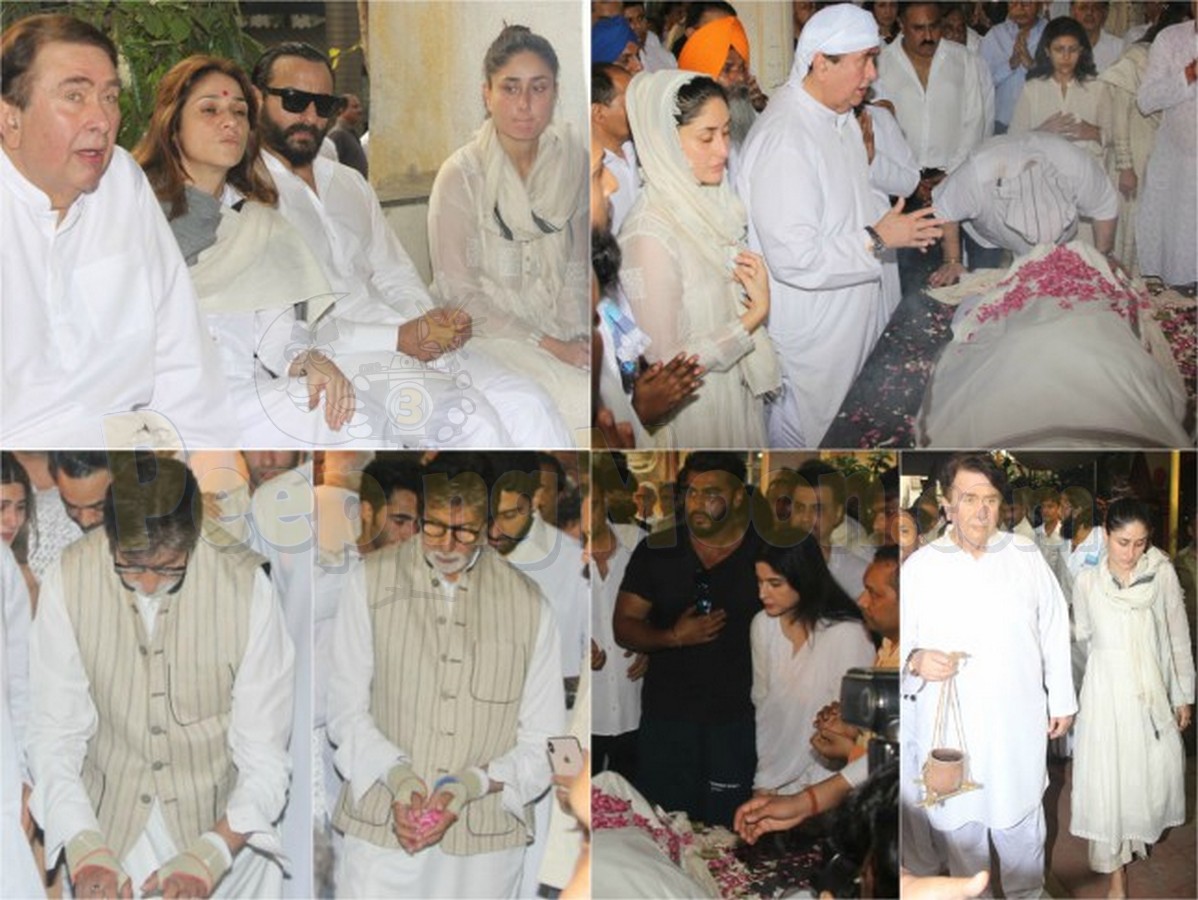 Krishna Raj Kapoor, the wife of late actor-filmmaker Raj Kapoor passed away today. The funeral of the first lady of Bollywood was attended by many celebrities. Her passing away has brought an end to an era.

Anil Kapoor at the funeral.

Riddhima Kapoor Sahni and Armaan Jain at their grandmother's funeral.

Krishnaji's daughter Rima Kapoor Jain at the funeral with her sons Armaan Jain and Aadar Jain.