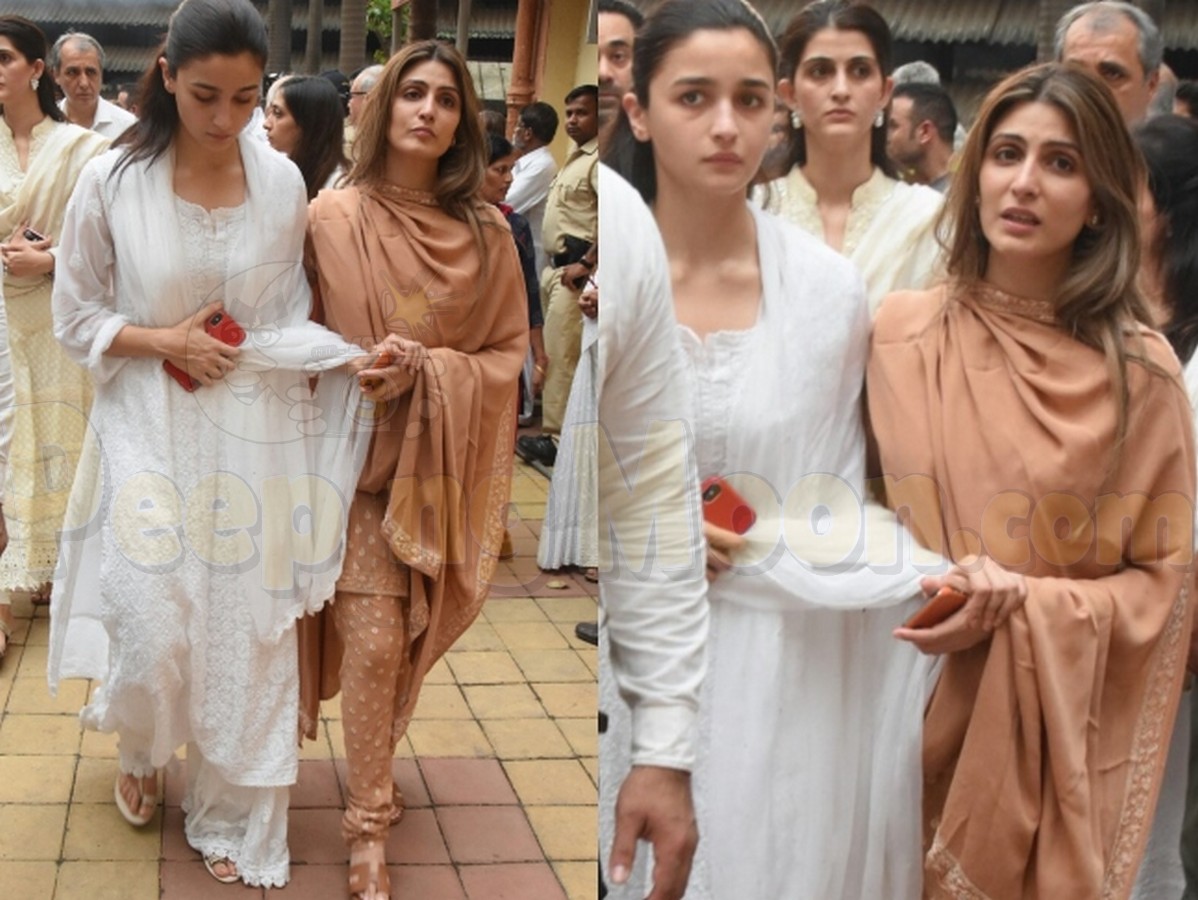 Raj Kapoor's wife and Ranbir Kapoor's grandmother Krishna Raj Kapoor passed away early morning on October 1 and this unfortunate event saddened everyone related to her. Many people from the industry joined the Kapoor family for the last rites ceremony and to pay respect to the first lady of cinema.

Amongst them was Ranbir Kapoor's alleged girlfriend Alia Bhatt who made her way to support and comfort the family in this difficult time. Ranbir who's currently not in India could not be a part of the last rites of his dadi but Alia made sure she didn't let this make his sister Riddima Sahni Kapoor sadder. Alia was seen comforting and offering condolences to Riddima and holding her hand while she broke down.

Apparently, Alia is very close to Ranbir's family members and the actress proved this yesterday. She's often seen spending quality time with Ranbir, and his mother Neetu Kapoor. Peepingmoon.com had exclusively mentioned to its readers earlier that Rishi Kapoor, his wife Neetu, and son Ranbir are going to miss the cremation of Kapoor Khandaan matriarch Krishna Raj Kapoor because they're not in the country.