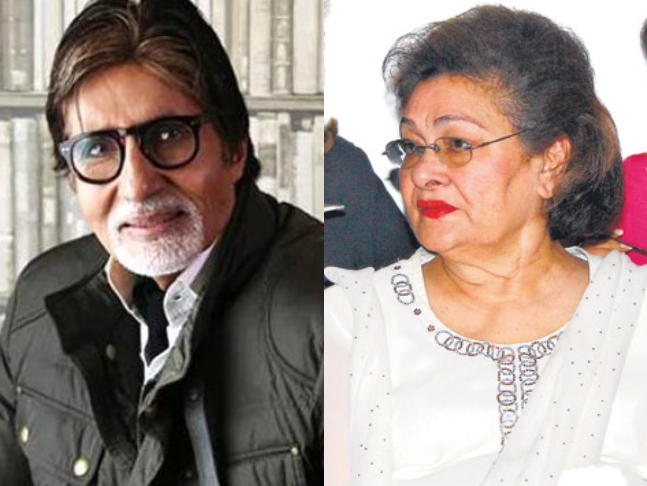 Megastar Amitabh Bachchan has mourned the death of Krishna Raj Kapoor, the widow of the legendary Bollywood actor-filmmaker Raj Kapoor, and said she kept together a vast family of celebrated individuals.

Krishna Raj Kapoor died here on Monday at the age of 87, bringing an end to the second generation of the influential clan.

"Krishna Raj Kapoor, the matriarch of the family, the epitome of grace and dignity, gentle and loving to all, caring, faultless in etiquette and family protocol. She kept this vast family of celebrated individuals together as one bond," Big B wrote on his blog late on Monday.

The 75-year-old thespian quoted a famous line by her to brides to be.

"Jab pati ke ghar bahu ban kar jaana, toh yeh soch lena ki tum kainchi lekar jaana chahti ho ya buniya ki auzaar," ("When you go as a bride into your husbands home, you must decide whether you want to carry scissors with you or a pair of knitting needles!")

Amitabh explained: "Scissors symbolising the cutting of relations in the new home and family; knitting needles, to knit the family together."

Big B then said the Krishna had insisted that "when she goes she wants to have the prayers conducted by the four faiths" -- Gurbani (Sikhism), Shlokas (Hinduism), Bible reading (Christianity), and words from the Quran (Islam)".

Krishna, who married Raj Kapoor in May 1946, was the sister of the legendary villain, the late Prem Nath and comedian Rajendra Nath. Their brother-in-law is the other Bollywood baddie, Prem Chopra.