Advertisement
HomeBOLLYWOODENTERTAINMENT NEWSInstead of Priyanka, ask Nick about honeymoon plans; It’ll be a surprise, that’s what my husband’s planning, she says

Instead of Priyanka, ask Nick about honeymoon plans; It’ll be a surprise, that’s what my husband’s planning, she says 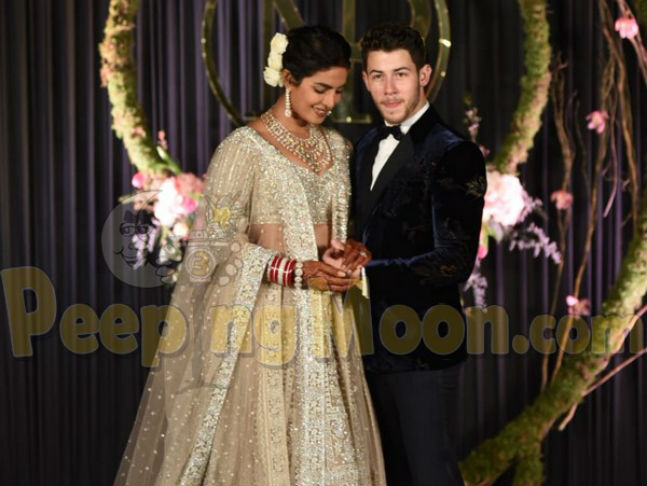 For Priyanka Chopra, work is worship and there is no scope to mess around in the professional space even if that implies that she might end up skipping her honeymoon for the time-being after her wedding to American singer Nick Jonas. While speaking of honeymoon plans during an interview with a leading channel, Priyanka said that work commitments are what will keep her busy at the moment apart from filming The Sky Is Pink.

“I have no idea. Right now, I have just work commitments this whole month,” Priyanka told the channel, asked about her honeymoon destination.

Moreover, Priyanka added that Nick, in all probability, is planning a surprise for their honeymoon and of course, she is looking forward to it after settling her professional commitments.

“We still haven’t figured out where. I think it’s going to be a surprise though. I think that’s what my husband’s planning,” Priyanka added. Several sections of the press, in the meantime, speculated their honeymoon and suggested that the couple will spend New Year’s abroad but the 36-year-old actress refused from divulging further details.

Nick and Priyanka married in a two-part wedding ceremony at the Umaid Bhawan Palace in Jodhpur – on December 1 in a Christian wedding and as per Hindu traditions on December 2.  Only 225 guests and family members attended the ceremonies and two-part wedding in Jodhpur including Salman Khan’s sister Arpita Khan Sharma, Isha Ambani, Priyanka’s sister Parineeti Chopra, Nick’s brother Joe Jonas and his partner Sophie Turner.

Nick and Priyanka photographed during their wedding in Jodhpur.[/caption]

After returning from Jodhpur, Nick and Priyanka hosted a reception at The Taj Palace Hotel in New Delhi on December 4 in honour of Prime Minister Narendra Modi while the event was held in the presence of close friends and family.