Advertisement
HomeBOLLYWOODENTERTAINMENT NEWSIt’s really your turn: Priyanka Chopra’s advice for newlyweds made us smile; what about you?

It’s really your turn: Priyanka Chopra’s advice for newlyweds made us smile; what about you? 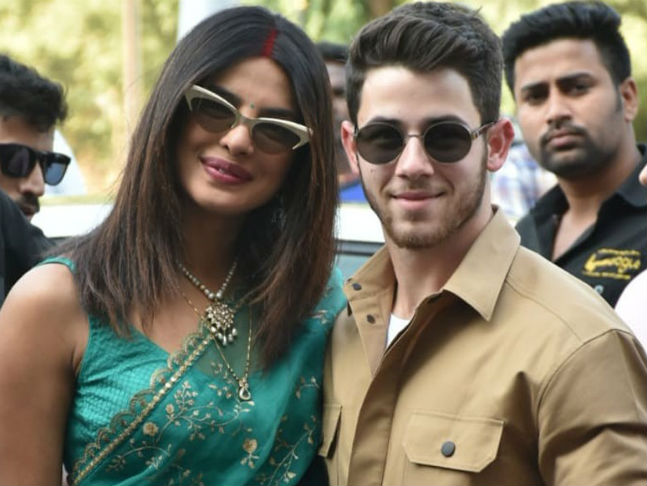 Marriage shouldn’t affect your career and that’s a lesson indeed you should learn from Priyanka Chopra as she said during an interview with a leading channel that new brides should set their priorities according to their whims and fancies. Fair enough, because Priyanka is a new bride herself – she married American singer Nick Jonas on December 2 in Jodhpur and commenced work within two days after her wedding.

Asked about her honeymoon, Priyanka said that she is occupied with prior work commitments and isn’t thinking about vacationing with her husband at the moment. It will happen in due course of time, Priyanka said during her interview, adding that newlyweds should decide upon their priorities because it’s their turn to enjoy life.

Recommended Read: It’s not even in my stratosphere, says Priyanka Chopra, asked about article that addresses her as ‘scam artist’

Nick and Priyanka married in a two-part wedding ceremony at the Umaid Bhawan Palace in Jodhpur – on December 1 in a Christian wedding and as per Hindu traditions on December 2.  The couple hosted a reception at The Taj Palace Hotel in New Delhi on December 4 in honour of Prime Minister Narendra Modi while the event was held in the presence of close friends and family.

Priyanka Chopra and Nick Jonas photographed during their reception in New Delhi.[/caption]