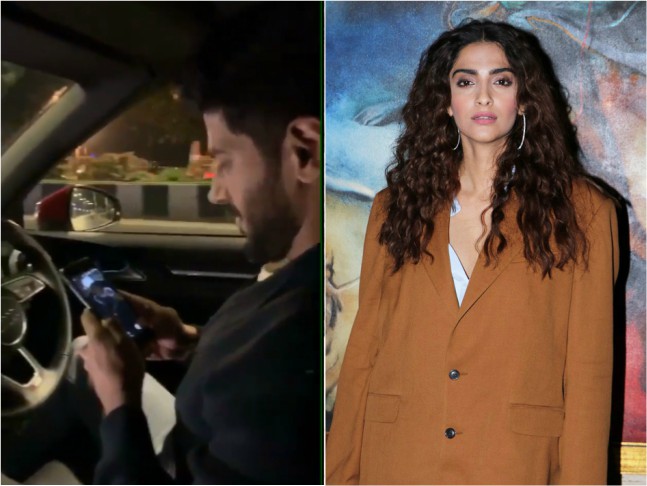 Heartthrob of Malayalam Cinema, Dulquer Salmaan, is certainly one of the most talented actors in India. After making her Hindi film debut with Karwaan, also starring Irrfan Khan in the lead role, the actor is all set to feature in upcoming film Zoya Factor, also starring Sonam Kapoor as the female lead. The film, an adaptation of Anuja Chauhan’s 2008 novel of the same name, has already gone on floors in December and hence, Dulquer is currently in Mumbai to shoot for the same.
While Sonam and Dulquer were having a wonderful time together post the shoot, the two got into trouble when Sonam shared a video on social media, which had the South star texting on his phone while seated on the driver's seat. But guess what? Soon after the video went viral, Mumbai Police, known for their tongue-in-cheek humour, was quick to take Dulquer's case by stating that they don't approve of such stunts, even in reel life.
RECOMMENDED READ: The Zoya Factor: How Sonam Kapoor and Dulquer Salmaan are preparing for their roles

The comment led Sonam to come to his co-star's rescue by pointing out that they weren't driving but instead were rigged on a truck. Check out the video:

Furthermore, Dulquer too defended himself and requested the Mumbai Police to check the facts.

Unexpectedly so, the entire fiasco did not end there and Mumbai Police soon realized their mistake but said that they are glad to know that Sonam's and Dulquer's safety wasn't rigged.