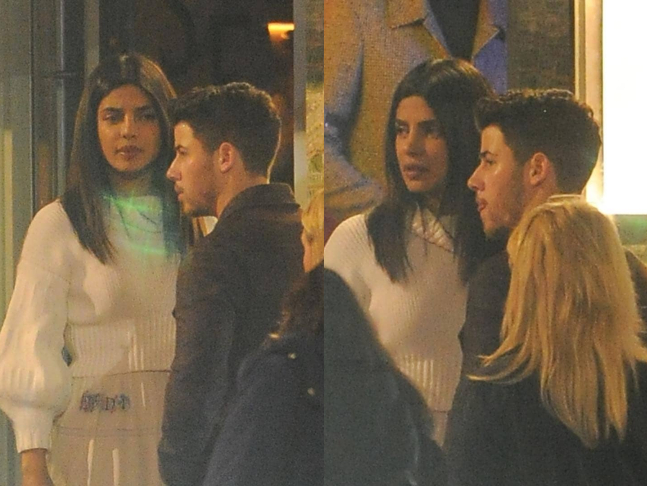 After having a gala time at their star-studded reception in Mumbai, Priyanka Chopra and Nick Jonas flew off to London to make most of their time with their families. They were recently spotted dining at a restaurant with PC's mother Madhu Chopra and joining the newlywed couple were Nick's brother Joe Jonas and his fiancé Sophie Turner.

Post that, several fan clubs on Instagram posted pictures of Priyanka and Nick spending quality time together in London before Christmas. In one of the photos, the actress is seen taking a stroll in the city. Wearing a white jumper paired with a white ankle-length skirt and boots, Priyanka looked lovely as ever.

The couple were once again joined by Joe and Sophie. Check out the pictures:

Meanwhile, if recent reports are to be believed, Priyanka and Nick will host a party for their friends in Los Angeles in the last week of January. What's more, celebs like Kerry Washington, Dwayne Johnson, Ellen DeGeneres and Meghan Markle, are expected to mark their presence at the do.

Priyanka and Nick tied the knot at Jodhpur's Umaid Bhawan Palace in two ceremonies, Hindu and Christian, on December 1-2. Later, they hosted three receptions, one in New Delhi and two in Mumbai.