We’ve taken pride in being the first platform for many actors: Hum Chaar producer Sooraj Barjatya 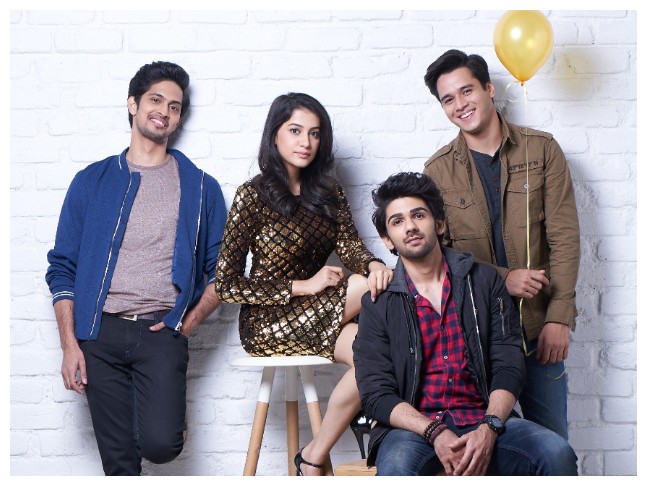 Known for launching a bunch load of talent, Rajshri Productions has been home to many newcomers. Hum Chaar marks Rajshri banner’s 58th Production. And the production house is all set to launch four new faces in their next movie titled Hum Chaar which is slated to release on 15th February 2019.

Rajshri Productions has introduced and given to the industry many talents like Bhagyashree, Madhuri Dixit, Pooja Kanwal, Sandeep Dhar and many more. Rajshri also has played a significant role in the careers of Salman Khan, Zarina Wahab, Jaya Bachchan, Naseeruddin Shah, Mithun Chakraborty to name a few.

They are now introducing four new faces to the big screen in their next production, Hum Chaar. Prit Kamani, Simran Sharma, Anshuman Malhotra and Tushar Pandey will be seen in lead roles. The story of the movie revolves around the idea that friends are family too especially in times unexpected.

Talking on the same, producer Sooraj Barjatya said, “Ever since Rajshri opened its doors in 1947, Rajshri has been home to many newcomers. We've taken pride in being the first platform for many actors, directors, music composers, singers and technicians. With its 58th film production, we at Rajshri take pride in introducing four more new faces in main roles to the big screen. Rajshri with Hum Chaar welcomes debutantes, Prit Kamani, Simran Sharma, Anshuman Malhotra and Tushar Pandey. Wishing our four fresh talents all blessings as Rajshri gives them to the industry on February 15th 2019.”