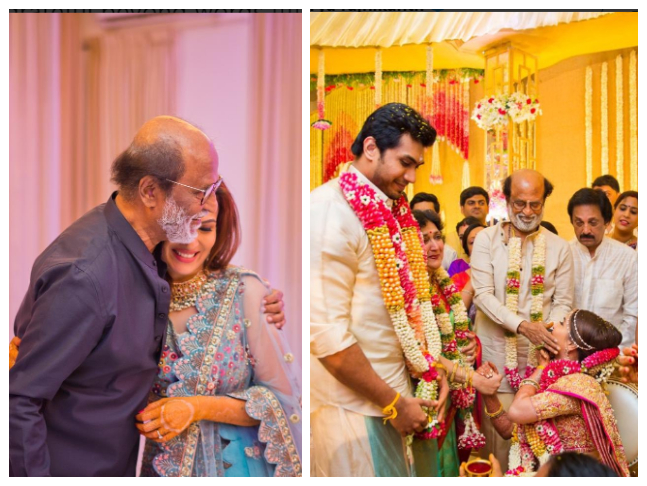 Superstar Rajinikanth’s daughter Soundarya Rajinikanth got married to actor-businessman Vishagan Vanangamudi on February 11 in a grand ceremony followed by a grand reception. The wedding was attended by several political leaders and film celebrities. The wedding was a truly emotional ride for the superstar and his wife Latha Rajinikanth and for Soundarya too. Several videos and pictures from the wedding were shared on social media that swiftly went viral. However, what took our breath away were a few shots from the wedding where the bride shared tender moments with her father and her son, Ved.

On the other hand, Soundarya shared three beautiful pictures from the wedding. The first one had Soundarya sharing an emotional moment with her parents, the other with her son Ved sitting on her lap with Vishagan sitting next to them and the last as the two get married to each other. Check out Soundarya’s posts here:

To the unversed, Soundarya was previously married to businessman Ashwin with whom she has a son. The two married in 2010 but parted ways four years later. This is the second marriage of Vishagan as well.